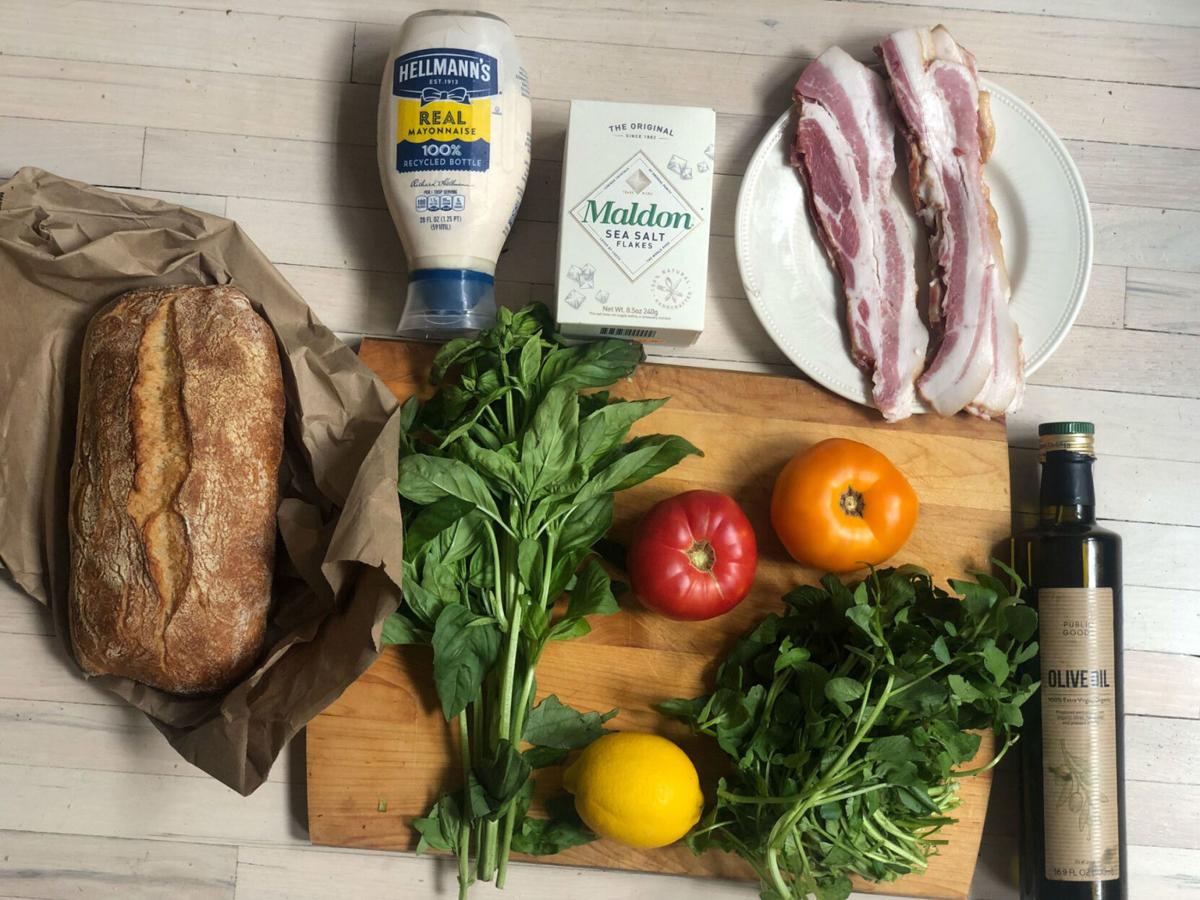 Fresh from the farmers market, the makings of a BLT. Kate Krader/Bloomberg 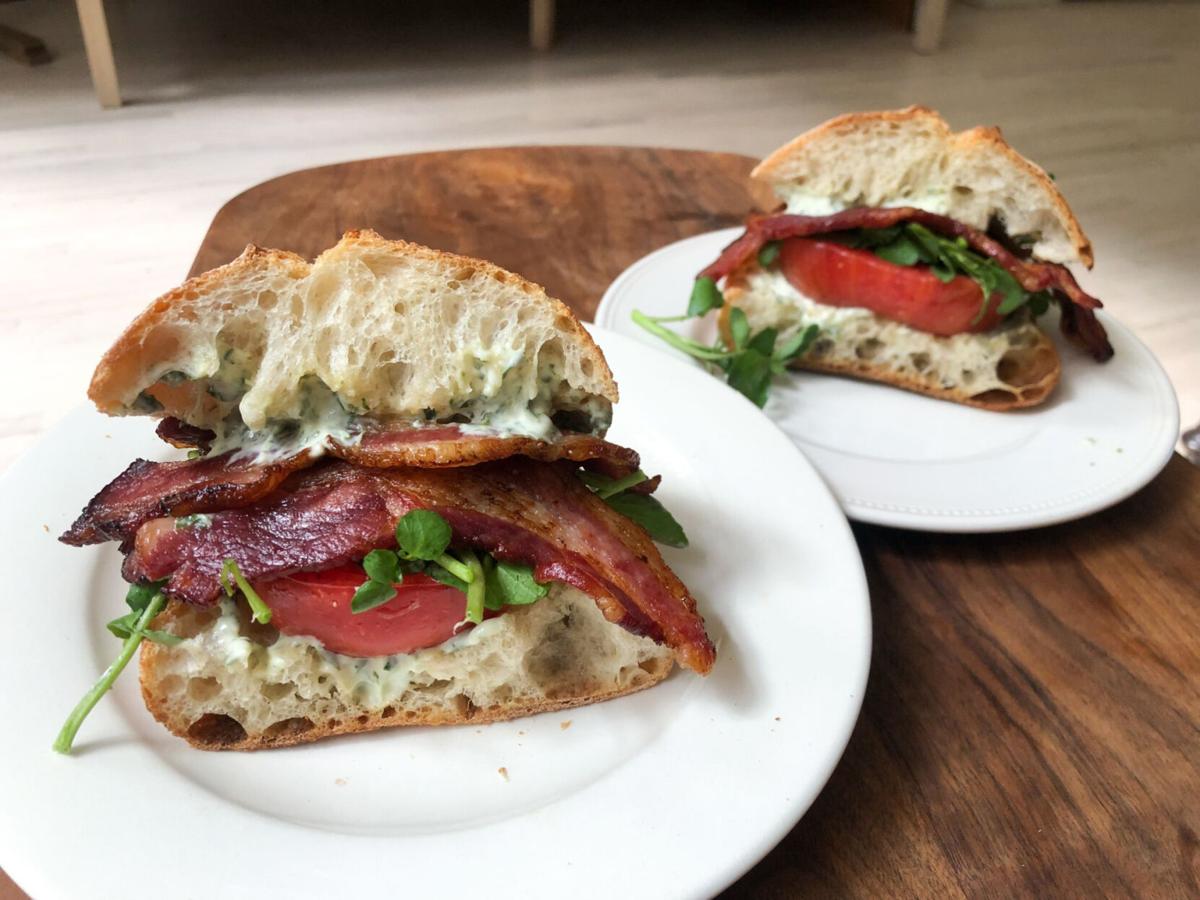 The BLT is ready to serve. Kate Krader/Bloomberg

Fresh from the farmers market, the makings of a BLT. Kate Krader/Bloomberg

The BLT is ready to serve. Kate Krader/Bloomberg

We are in that delirious moment of summer when you can’t make a wrong move at the farmer’s market. Tomatoes in all sizes lie next to piles of corn and fields of berries in cartons. It’s a grown-up version of the cliche about the kid in a candy store.

Which makes it the consummate time to eat a BLT. One of the most classic sandwiches is more than the sum of its parts, even if those parts get contentious. As the food blog Grub Street pointed out in 2019, some fanatics say it’s all about the tomatoes, while others maintain bacon is the VIP. Still others believe mayo is the unsung hero. (The lettuce, it seems, is forever the bridesmaid and never the bride, to quote one more cliche.)

The BLT at Daily Provisions, named “The Absolute Best in New York” in that 2019 story, comes down on the side of the tomatoes. Its LT puts the ripe fruit front and center, with bacon as an add-on, making the BLT technically an “off the menu” item. The versions are tied in popularity: Each represents 40% of the sandwich’s sales, according to managing director Jessamyn Waldman Rodriguez, with the other 20% of orders coming in for an LAT, which boasts avocado.

Now, the Danny Meyer-led café is expanding in the city with a spot in the West Village that is in “neighborhood preview” mode before officially opening in September, as well as an upcoming branch in the Manhattan West complex near Hudson Yards. So there will be more opportunity to grab its expert version — or better yet, make it at home.

The trick here is to lavish attention on each component.

Start with the lettuce: Daily Provisions eschews leaves of iceberg or romaine in favor of crisp, peppery watercress. Then the tomato is tossed with a light lemon dressing before being layered into the sandwich. At the café, they peel it, too: “It’s a nice luxury to not have the skin on it,” says Rodriguez. “It elevates the sandwich and releases a little more of the tomato juices.” Also key is to use a single slice that’s very thick, about an inch, as if you were making the perfect tomato sandwich.

If you’re a lazy BLT maker, like me, you can omit the peeling step and still have a perfectly excellent tomato. The bread is ciabatta, which is warmed up before serving, so the crust is a bit crisp and the interior warm and puffy-an idyllic environment for a BLT. The bacon is cut thick, so you get a great chewy, meaty bite.

But the key to this extraordinary sandwich and what makes it shout “summer!” so loud and clear is the basil mayonnaise that’s spread on both halves of the bread. “The basil mayo was an element that helped us maximize seasonality, and the lemon zest in the mayo also really brightens up the entire sandwich,” says Amanda Wilson, culinary director at Daily Provisions. It tastes like a sunny day and brings everything together like a great party planner, with an additional zippy kick from the watercress.

The sandwich is a monumental, two-handed number, so it may be hard to get every single component into one bite. Keep trying until you do.

The following recipe is adapted from the work of Amanda Wilson and Donovan Tian, chef de cuisine, Daily Provisions.

Loaf of ciabatta bread, or 4 ciabatta rolls halved and closed back together

Preheat the oven to 375 degrees. Arrange the bacon strips on a rimmed baking sheet and bake until well browned but not too crisp, about 15 minutes. Transfer to paper towels to drain. Put the bread in the oven and bake just until the outside is crispy and the inside warm, about 2 minutes.

In a shallow bowl, combine the oil and lemon juice with a large pinch each of salt and pepper. Add the tomatoes and turn to coat. Spread a heaping tablespoon of basil mayonnaise on each bread half. Add the tomato, bacon, and watercress, close the sandwich and serve.

Note: To peel the tomatoes, core them and make a small ‘X’ on the bottom. Put them in a medium saucepan of boiling water for about 30 seconds, just until the skin starts to come off. Immediately transfer to a bowl of ice water to cool. Dry the tomatoes and peel off the skins before cutting in half.

In a small saucepan of boiling water, blanch the basil leaves, just until wilted, about 30 seconds. Transfer to an ice water bath to cool. Squeeze out all the water and transfer to a mini processor. Add the olive oil and salt and puree. Stir 2 tbsp. of the puree into the mayonnaise with the lemon zest.