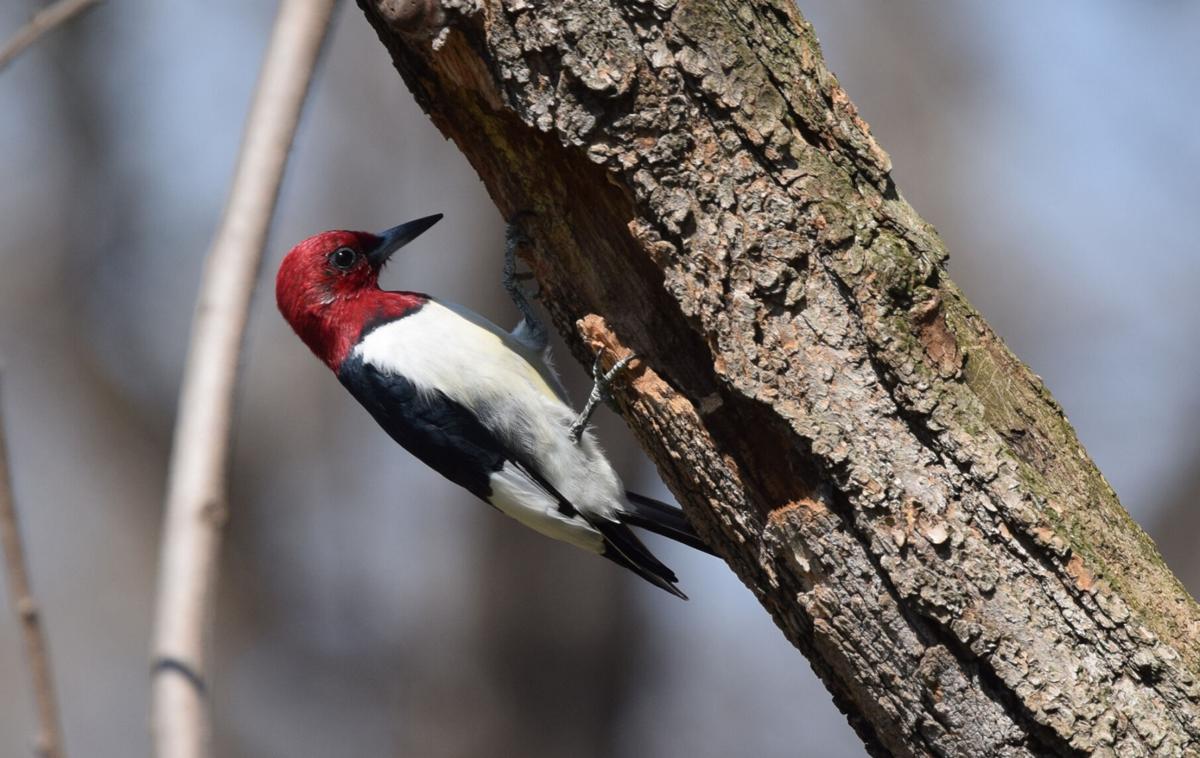 Andy Reago & Chrissy McClarren via Wikimedia Commons/Creative Commons Attribution 2.0 Generic licenseA red-headed woodpecker such as this may appear in March or April, but the migratory bird is scarce in the region. 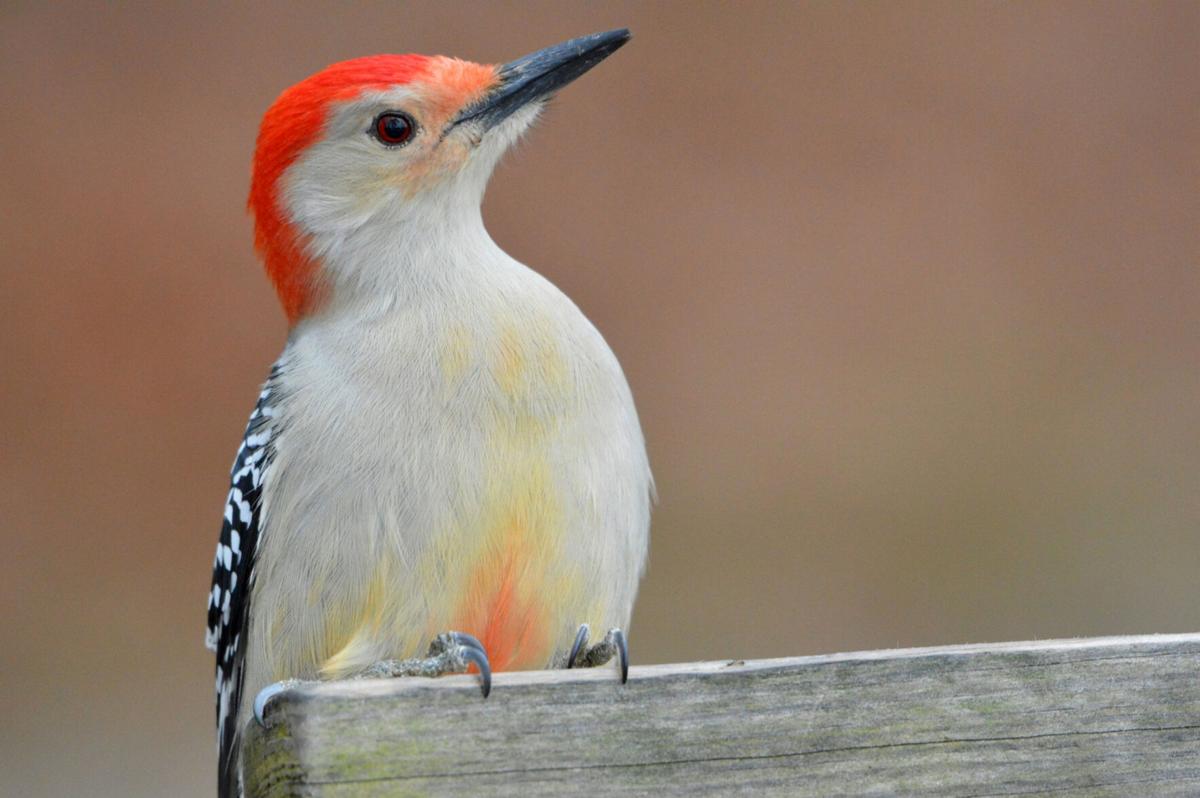 Jocelyn Anderson via Wikimedia Commons/Creative Commons Attribution 3.0 Unported licenseThe red-bellied woodpecker is commonly seen in the region. The red on its head causes some people to incorrectly call the bird a red-headed woodpecker. The two types of woodpeckers have distinct coloring. 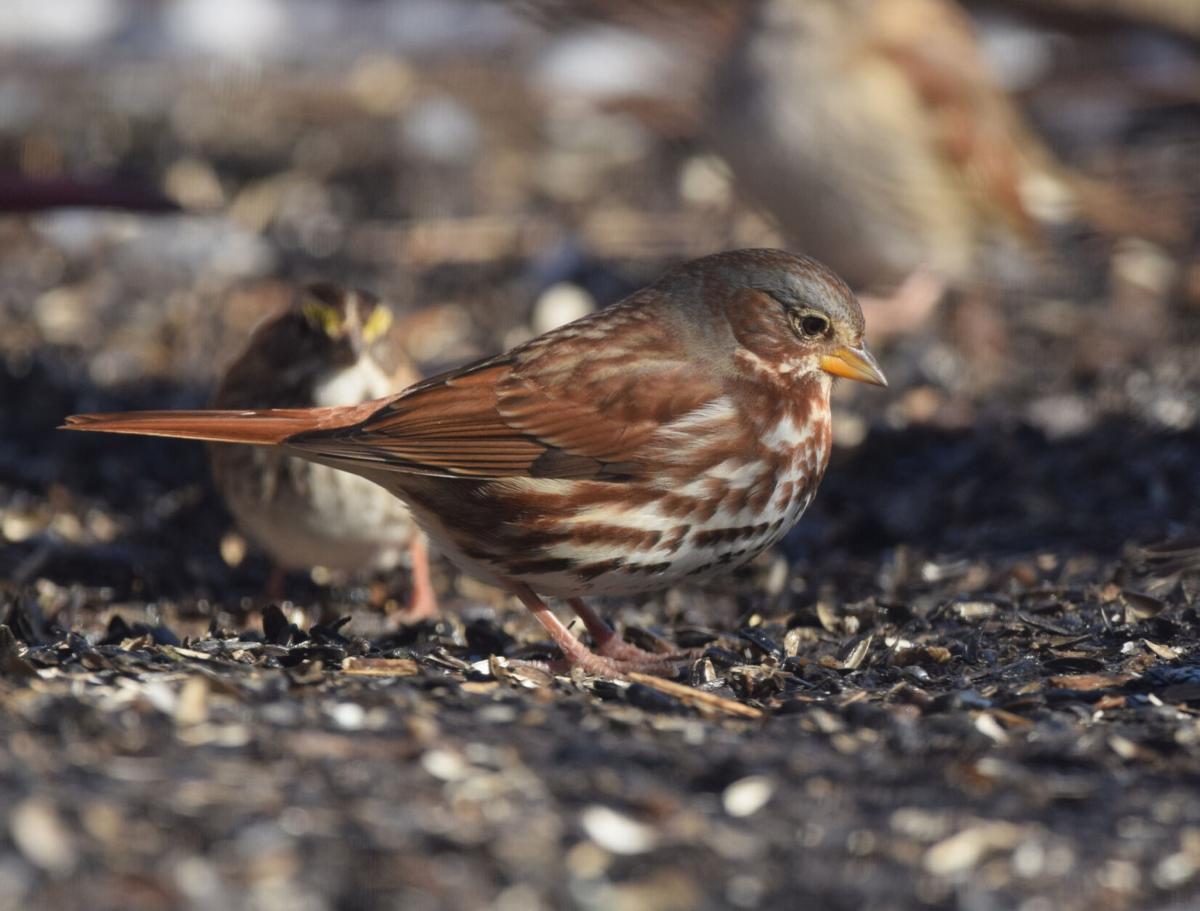 Andy Reago & Chrissy McClarren via Wikimedia Commons/Creative Commons Attribution 2.0 Generic license Fox sparrows will only be around for about 10 days in late March and early April as they are early migrators to the north.

Andy Reago & Chrissy McClarren via Wikimedia Commons/Creative Commons Attribution 2.0 Generic licenseA red-headed woodpecker such as this may appear in March or April, but the migratory bird is scarce in the region.

Jocelyn Anderson via Wikimedia Commons/Creative Commons Attribution 3.0 Unported licenseThe red-bellied woodpecker is commonly seen in the region. The red on its head causes some people to incorrectly call the bird a red-headed woodpecker. The two types of woodpeckers have distinct coloring.

Andy Reago & Chrissy McClarren via Wikimedia Commons/Creative Commons Attribution 2.0 Generic license Fox sparrows will only be around for about 10 days in late March and early April as they are early migrators to the north.

It’s barely spring and there is so much going on in the world of birds right now.

I don’t even know where to start and I’m sure there isn’t enough room here to share everything that’s been happening in March and what’s about to happen in April,

Early in March, here on the home farm, we were thrilled to have a snowy owl visit for a couple of days. Thankfully my brother-in-law spotted it on a Sunday evening. And the next day it roosted on our big stone pile – the same stone pile that a snowy owl roosted on for many days three years ago in March. Was it the same one? Don’t know, but if not, it’s quite a coincidence!

One of my bird feed customers informed me of a red-headed woodpecker coming to his feeding station in Perry. So, I drove over there to see it which was a nice treat. As you probably know, red-headed woodpeckers are quite scarce. It is normal for an occasional one to show up in March or April for a week or two or more until they move on – probably north. They are migratory woodpeckers. Don’t get the rare red-headed confused with the very common red-bellied woodpecker.

The Oatka Creek flats between Warsaw and Wyoming had some nice waterfowl during the early March thaw. It was nice to see the tundra swans. I have heard that some western New York locations have had opportunities to see thousands of snow geese in migration. As ice melts off the bigger bodies of water, we will see a diverse and impressive influx of migratory ducks in April.

If you are feeding the birds, you very likely have a few common redpolls enjoying your nyjer and sunflower seeds. These tame far northern little black-chinned finches are fun to have around and haven’t been present in these numbers in several years. They are the size of goldfinches and also have a red forehead. They are much smaller than house finches and make a distinct chattery call.

Seeing flocks of turkeys here and there has been a welcome sight as they glean cornfields now that the heavy snow cover has melted away. One day right behind our home we had a flock of turkeys interspersed with a herd of deer – a really pretty sight that Leslie and I enjoyed for quite some time.

Bald eagles are busy nesting and so nice to see. It seems like there is a nesting pair near most any community. We are watching two active local nestings in the towns of Perry and Warsaw. In both cases the adult can be seen on the nest incubating eggs. Even though eagles are no longer endangered species and actually seem “common” we still all need to respect these impressive and majestic birds and keep a fair distance from their nesting sites. Thank goodness for binoculars and spotting scopes.

Surely you have been seeing red-winged blackbirds and robins all over the place throughout the month of March. More of those birds are arriving now and will be continuing early in April.

The last week of March brings us the familiar call of the eastern phoebe which actually says “pheebee!” If you pay a little attention over the next week or two you are almost sure to hear that distinct call. They are flycatchers. Their many other flycatcher cousins won’t be showing up until May and June when the insects are much more plentiful. Phoebes nest on porch and secluded building ledges in April.

One of the more interesting native sparrows to watch for in late March and the first week of April is the fox sparrow. It looks like a large rusty song sparrow. Keep an eye on the ground at your bird feeding station and see if you can spot one of these neat birds. They will only be around for about 10 days as they are early migrators to the north.

This evening we took a ride around the farm and watched our first eastern meadowlark. In the next week or two you will likely see or hear your first brown thrasher and maybe even some early tree swallows. Some other native sparrow species will be arriving and maybe kestrels.

You may have spotted or heard the familiar call of the killdeer on your lawn, or nearby field, or even big store parking lot. They won’t waste any time getting started with nesting in April.

I can’t end without mentioning the beloved eastern bluebirds which have been very busy pairing off and selecting nesting boxes. They will be nesting in April and most will hatch in late April or early May. Remember to keep your bluebird nest boxes far away (like 100 feet) from any shrubbery, vines, and hedgerows. Call or text me with any bluebird questions you might have or visit the New York State Bluebird Society website, http://nysbs.org/.

So much more will be happening in early April. Feel free to contact me if you have any questions!

Enjoy the spring and remember that if you pay attention to the many birds around you that your spring will be “twice as nice!”

Hans Kunze is an avid birder and nature enthusiast who has been writing about birds and nature for more than 30 years. He writes for the LCN twice each month. Write him at 6340 LaGrange Rd Wyoming, NY 14591 or call or text him at (585) 813-2676