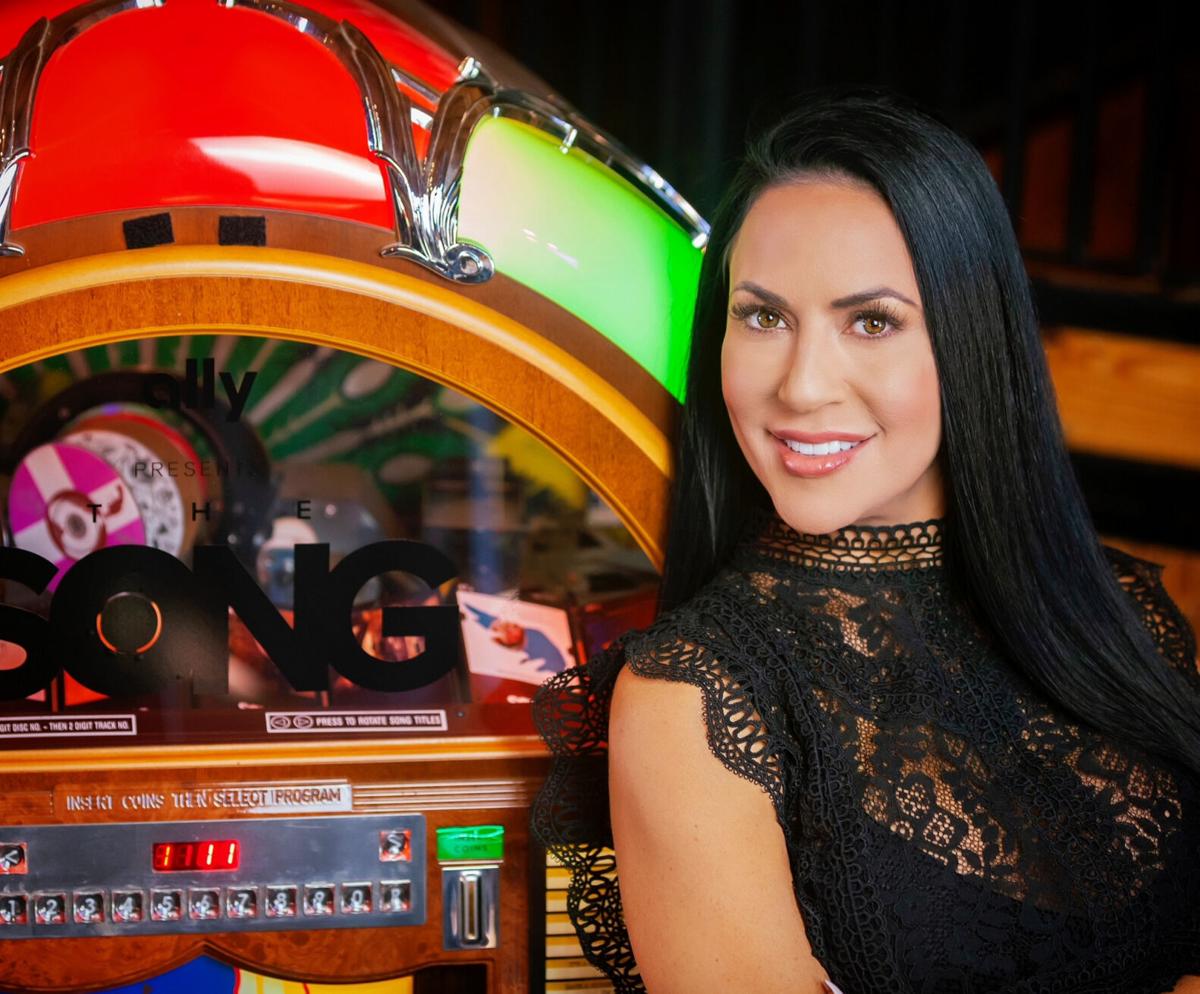 Erin McCaffrey Photograph Batavia native Krista Marie Oswald, who local audiences may recognize as Krista Marie Robusto, returns as co-host for the second season of “The Song,” a music interview and performance series created with her husband, Marc Oswald. 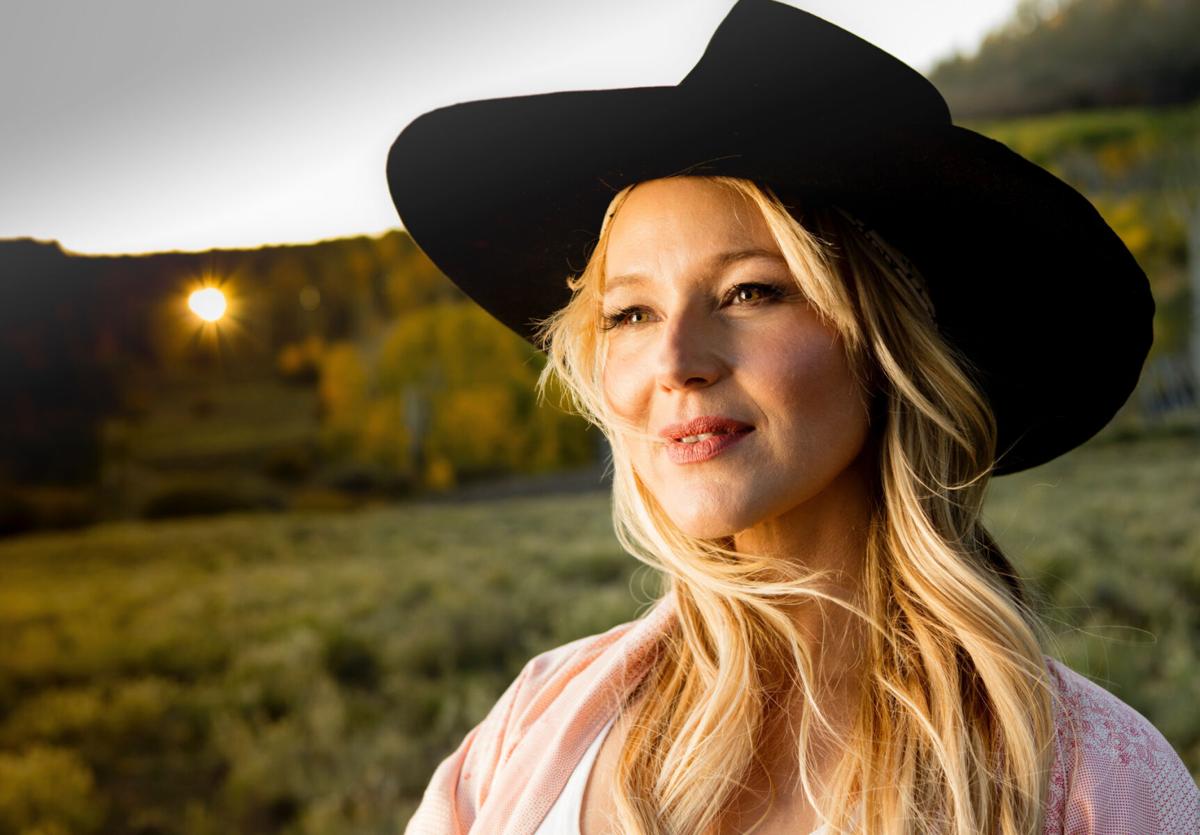 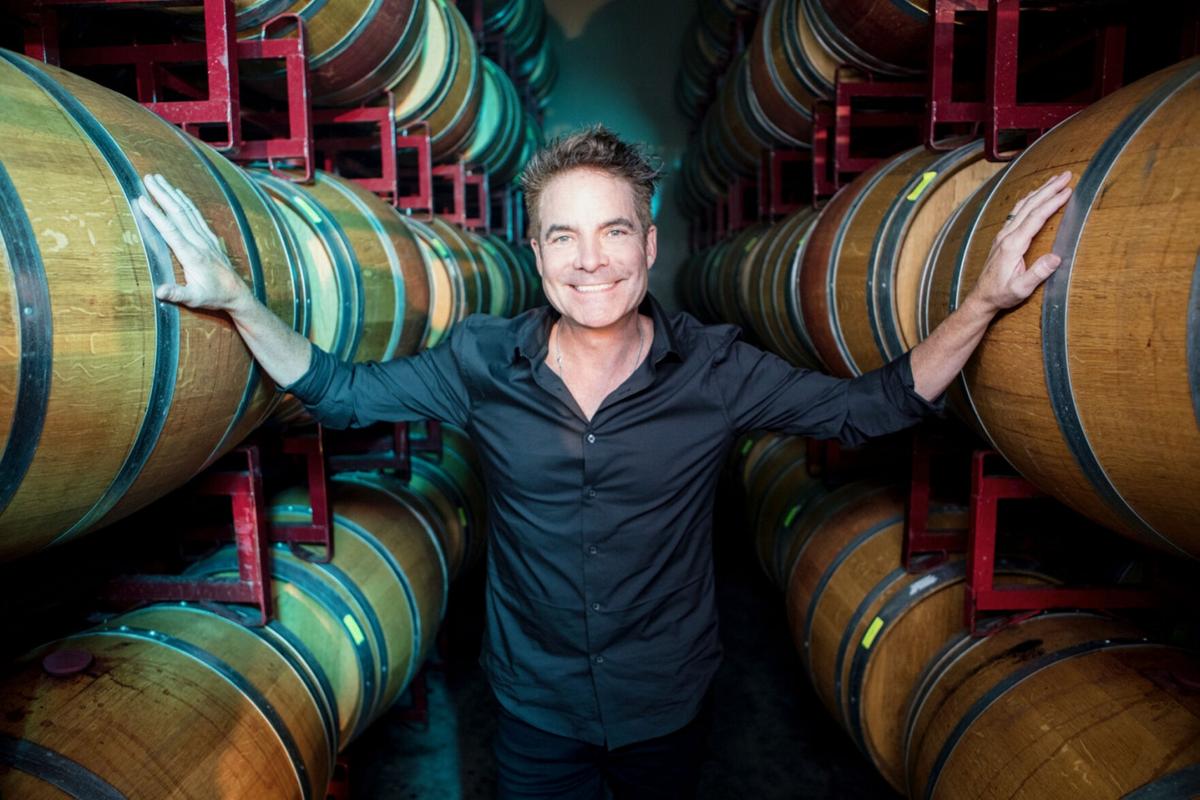 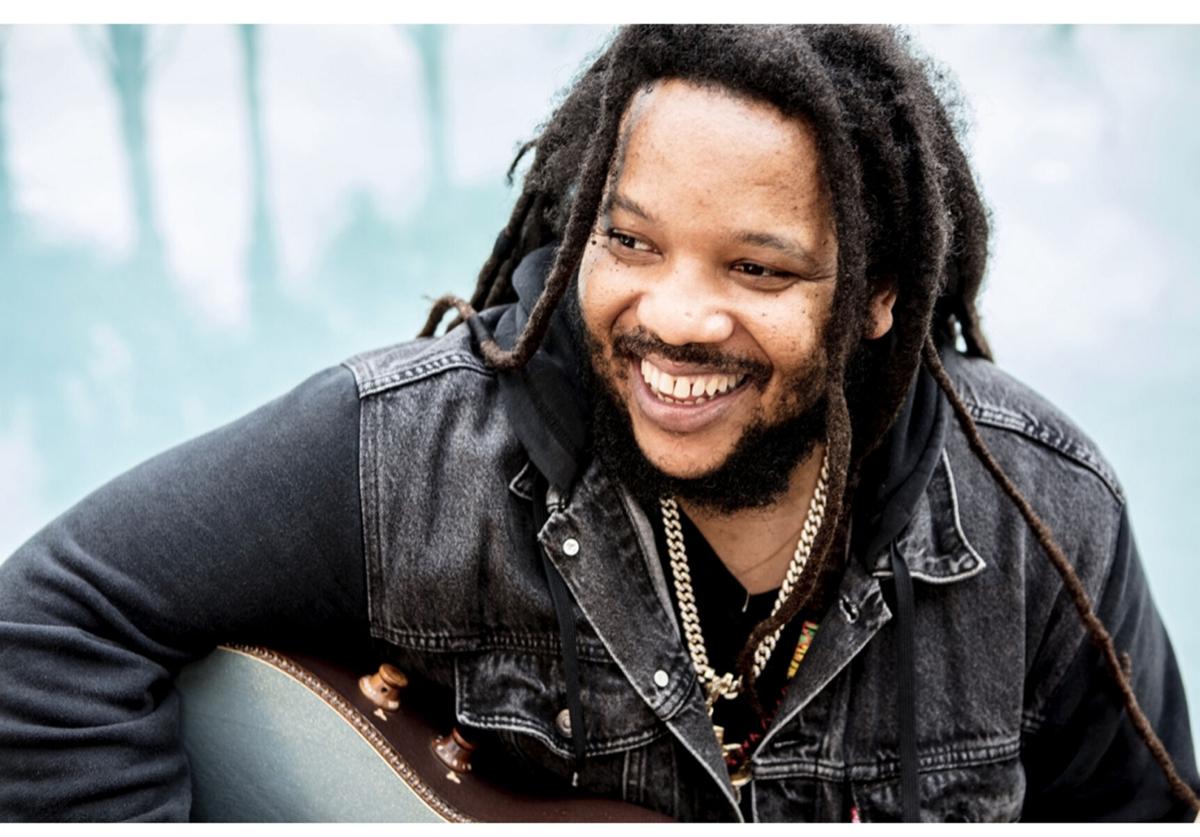 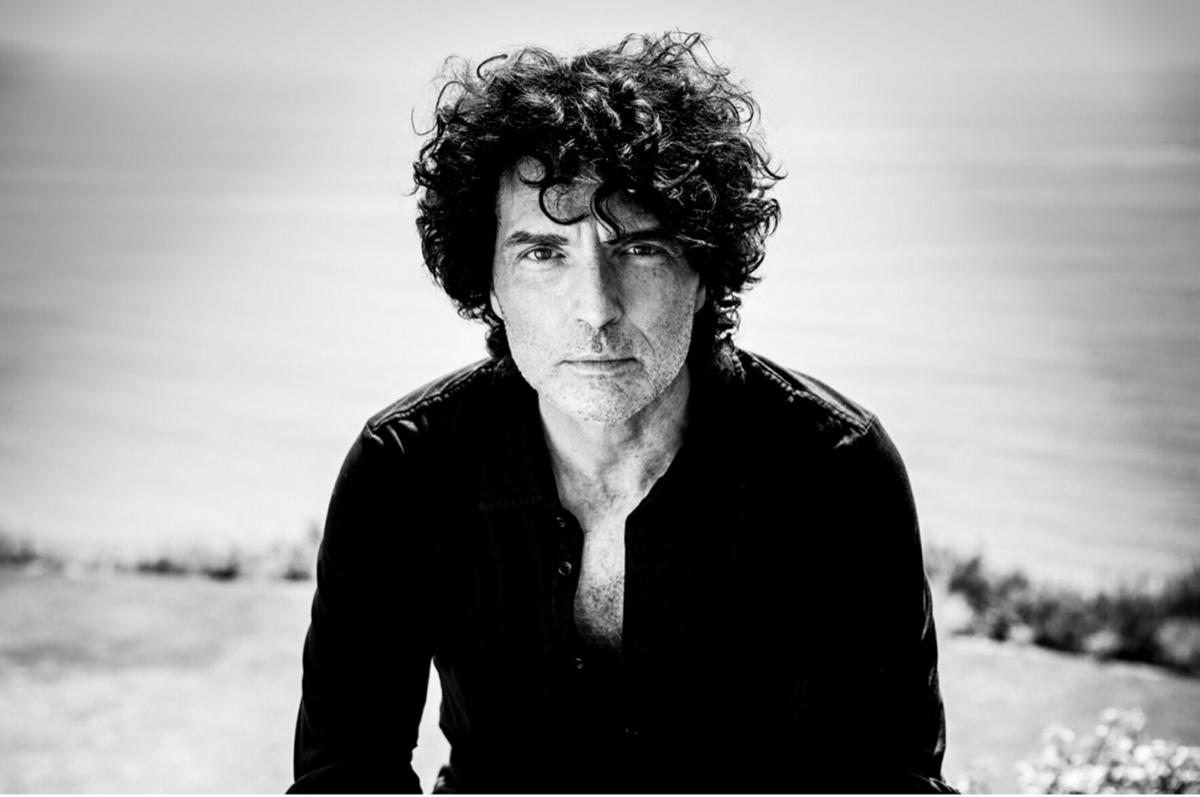 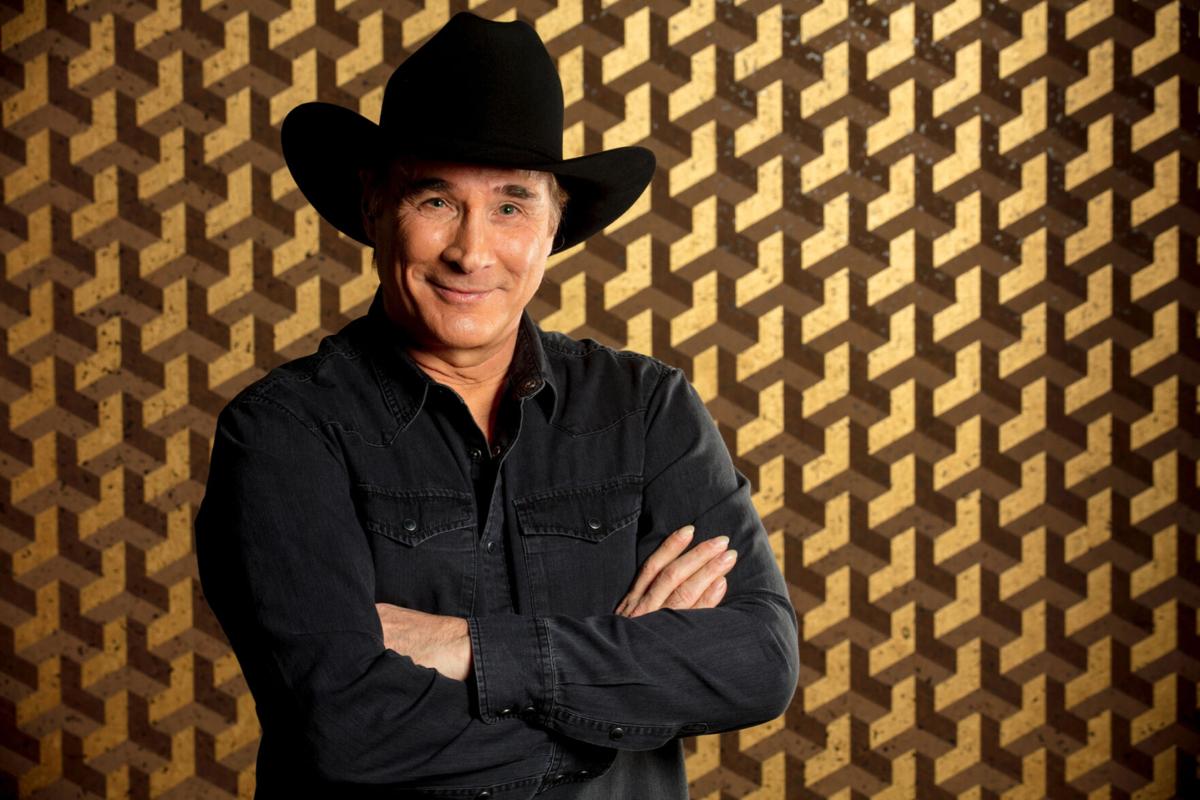 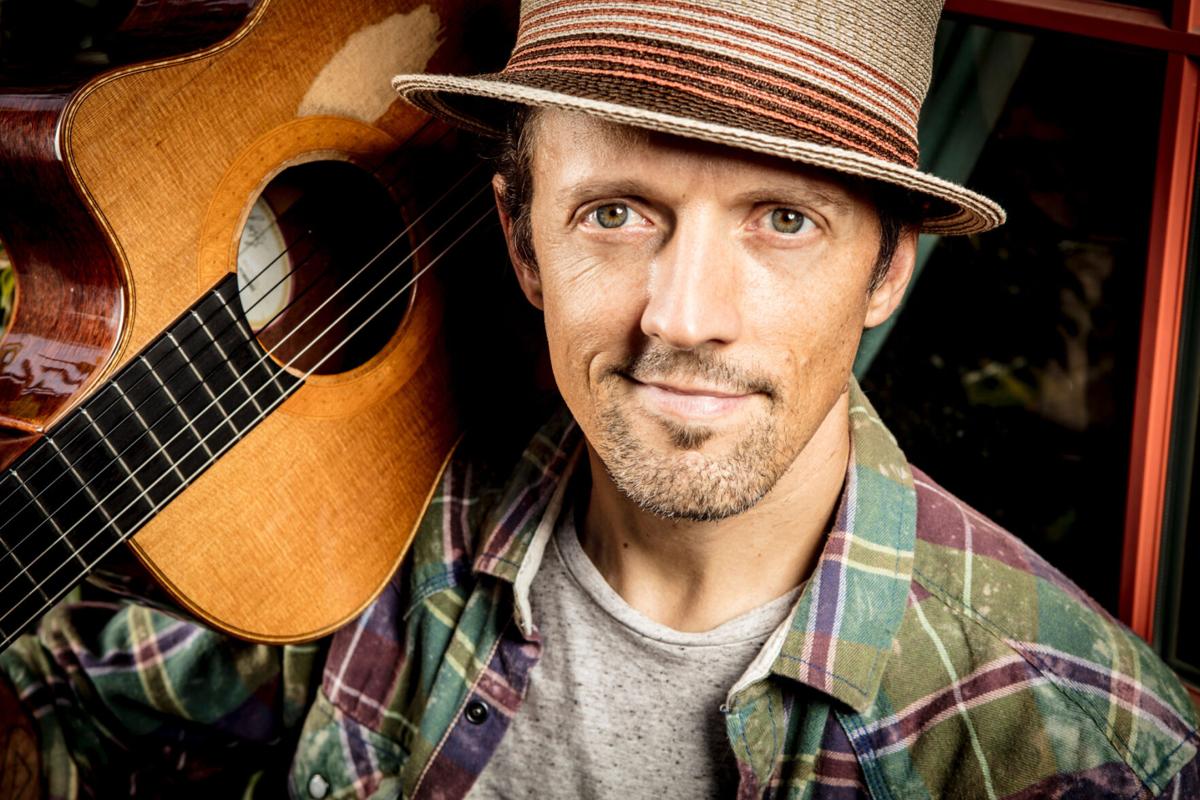 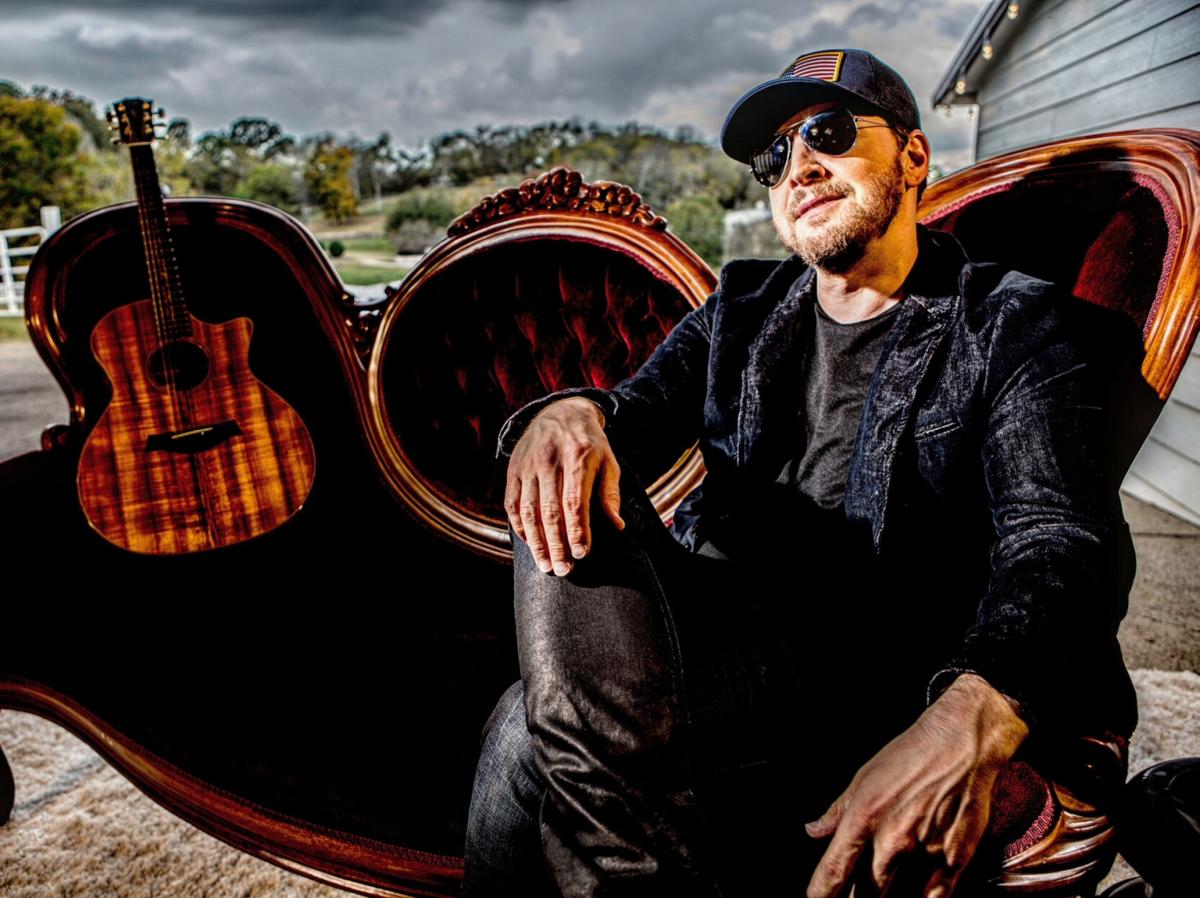 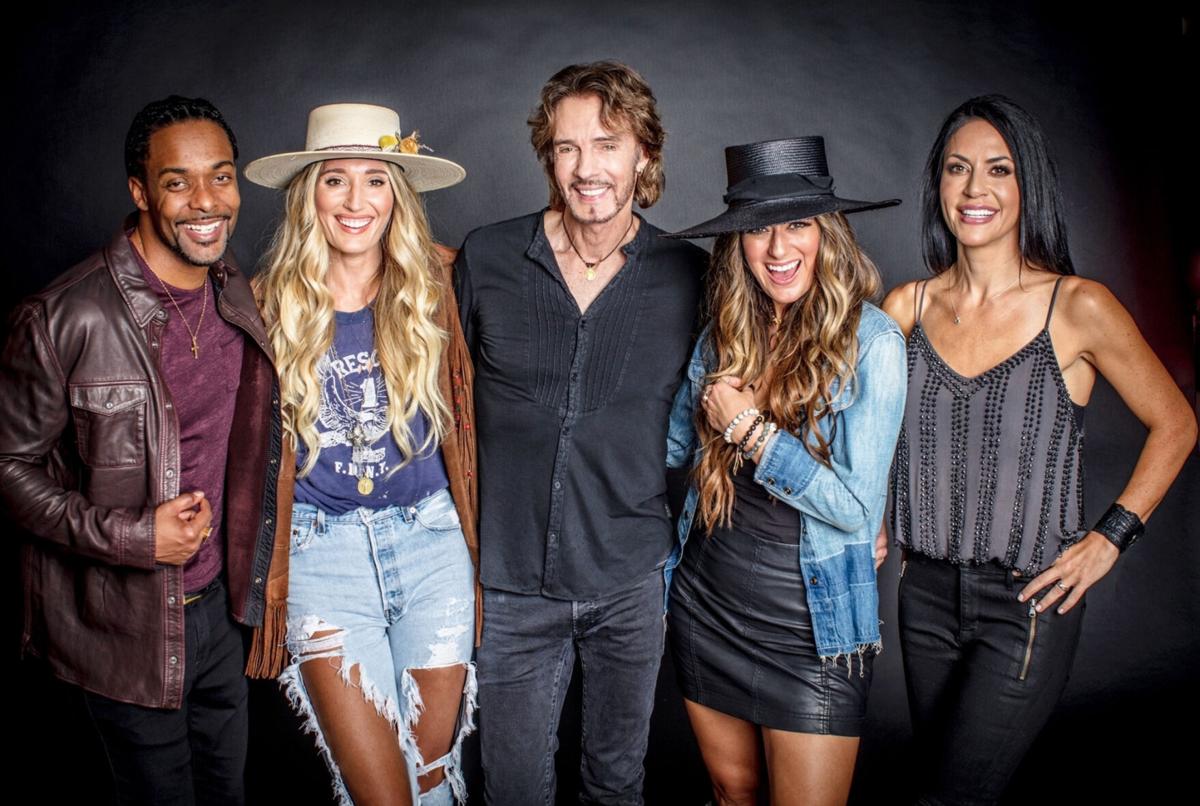 David Abbott Photograph Rick Springfield, center, is flanked by The Sisterhood Band during a photo shoot for his appearance on "The Song." At far right is co-host Krista Marie Oswald, a Batavia native, and at far left is co-host Damien Horne. 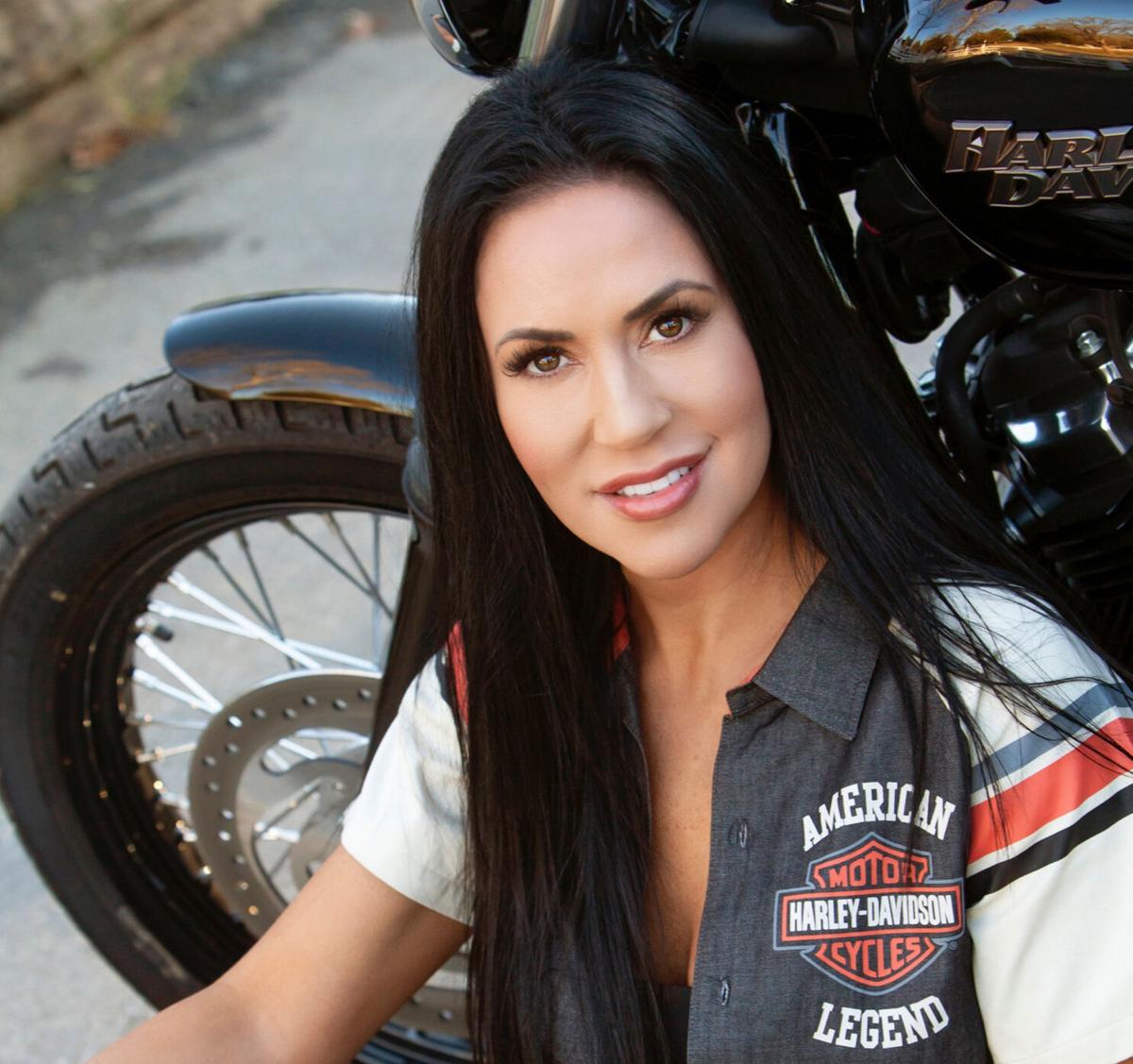 Erin McCaffrey Photograph Krista Marie Oswald, a Batavia native, will be joined by Karen Davidson of the Davidson family to give away a Harley-Davidson motorcycle this year as part of her television show "The Song."

Erin McCaffrey Photograph Batavia native Krista Marie Oswald, who local audiences may recognize as Krista Marie Robusto, returns as co-host for the second season of “The Song,” a music interview and performance series created with her husband, Marc Oswald.

David Abbott Photograph Rick Springfield, center, is flanked by The Sisterhood Band during a photo shoot for his appearance on "The Song." At far right is co-host Krista Marie Oswald, a Batavia native, and at far left is co-host Damien Horne.

Erin McCaffrey Photograph Krista Marie Oswald, a Batavia native, will be joined by Karen Davidson of the Davidson family to give away a Harley-Davidson motorcycle this year as part of her television show "The Song."

Singer-songwriter Jewel remembers being on the freeway when she first heard her breakout song, “Who Will Save Your Soul,” on the radio.

“I pulled over on the side of the road and just started to sob and cry, because it really wasn’t until that moment that I realized that I sound like Kermit the Frog,” she says in a clip from “The Song,” a nationally-syndicated music interview and performance television show co-hosted by Batavia native Krista Marie Oswald.

Pat Monahan, lead singer of Train, shares a more colorful story from talking to his manager about shooting the music video for the band’s hit “Drive By.”

Those are just two of the stories to be heard on the second season of “The Song,” which premieres at 11 tonight on WNYO-TV, channel 49 in Buffalo and Spectrum cable channel 5. It also airs at 7 p.m. Saturdays on CW-Rochester, digital channel 13.2.

The series features Krista Marie and co-host Damien Horne – they were both members of The Farm, which produced a couple of country hits of their own, including “Home Sweet Home” – interviewing the artists with musical performances featuring their most familiar songs and a surprise or two interspersed.

“I really like digging into the story behind the songs, finding out where their creativity came from and how it changed their careers,” said Krista Marie, as she is known professionally and who first performed in childhood as Dorothy in a Batavia Rotary Club production of “The Wizard of Oz.”

The new season will also feature Jason Mraz, Richard Marx, Clint Black, Gavin DeGraw and Stephen Marley, son of reggae legend Bob Marley, in a Marley family celebration of “One Love,” a song about unity, peace and universal love that was written more than 40 years ago.

The mix of genres was intentional.

And, Krista Marie, noted, Nashville is no longer just a country music city despite its long heritage in the genre.

“Nashville,” she said, “is rock, it’s country, it’s pop, it’s bluegrass. A lot of musicians move here because they love this electric, broad musical diversity. It’s why I enjoy Nashville.”

The interviews often reveal details about the song, their inspirations and how the creative process works.

DeGraw notes how magic happens when you’ve got a great co-writer.

Grammy winner Richard Marx, who performs his hit “Endless Summer Nights” amid a Malibu sunset, shares in his interview how the song was repeatedly rejected by record companies.

“For three years, every single record company rejected it and told us it was not hit,” he said.

“I always use that song as an example for young songwriters to not to listen to what these other people are saying,” Marx said.

In season one, Rick Springfield said he was just noodling around on the guitar when the opening lick of “Jessie’s Girl” “just came out.”

“I didn’t think it was very special. I just thought it was something I could sing against. It was a spine for the song,” he said.

Instead the distinct, slightly punkish thuwp-thuwp-thuwp of the guitar strings introduces an instantly identifiable hit.

“As a singer-songwriter myself, it’s really inspiring to hear,” said Krista Marie. “And it’s pretty great to be part of documenting that musical history.”

The music performances have included new remixes of the artist’s hits. Springfield did an acoustic “Jessie’s Girl” accompanied by The Sisterhood Band, and CeeLoo Green presented a stripped down version of “Crazy.”

Green traded the bouncy R&B groove of his 2006 hit for a slower jam featuring a harpist, percussionists slapping boxes and flutes.

“It was the coolest rendition I had heard in a long time,” said Krista Marie. “To take a hit song and put on an entirely new take is really pretty cool.”

The first season of “The Song” was set on the 15-acre TGL Farms in Hendersonville, Tenn., near Nashville, that is owned by Krista Marie and her husband Marc Oswald, CEO of Oswald Entertainment Group. Interviews were shot on location in an area called “The Song Garden,” with performances presented in what was at other times a full working stable. (Krista Marie’s mom, Barb Robusto Galliford spent three weeks helping Krista Marie get the property ready for the first season, cleaning the carriage house – which served as the green room for the visiting musicians, prepping horses and scrubbing saddles.)

Artists and crew would be treated to a sit down meal from a local chef at each taping. Some would stay after the show – jump in the pool, or in the case of Krista Marie’s friend and country star Gretchen Wilson, hand out for hours.

“We wanted the artists to feel welcome and enjoy a laid-back atmosphere. We didn’t want it to be just show at the set and get to work,” said Krista Marie.

The musicians would be delivered to the set via horse-drawn carriage.

But as planning began in early 2020 for season two of the series, the COVID-19 pandemic canceled concert tours and largely halted business travel.

So, instead of bringing the artists to the farm, “The Song” hit the road to the artists. The production crew was pared down from around 25 for season one to eight, and required the crew to wear multiple hats. Krista Marie, for example, became a drone camera operator and set decorator, in addition to hosting duties.

The show traveled an estimated 12,000 miles across the country during September and October. They filmed sessions in Florida, Colorado, Utah, Arizona and California, among other locales. (In contrast, season one was shot entirely at TGL Farms over a 12-day period.)

Sessions include a day with Monahan at Concannon Vineyard in northern California, riding horses with Jewel in the Colorado Rockies, and jamming with the Marleys at the Seminole Hard Rock Hotel & Casino in Hollywood, Fla.

“Although challenging, this season’s filming actually presented us with a unique opportunity to take the show to the artists and record where they were most comfortable – in or near their own homes – and they all brought their A-game,” said show creator and executive producer Marc Oswald.

The idea for the show originated with Oswald. He and Krista Marie hosted barn parties in the stable with songwriters and artists that would lead to jam session with the likes of Big Kenny from Big & Rich, and Gretchen Wilson among them.

That led to the idea that the gatherings could be a fun television show. Eventually, it went beyond a little barn party concert. As plans developed, they sought out the artists and songwriters behind some of pop culture’s most iconic songs. They looked for songs and artists that would resonate with a broad audience.

“Our lives are really determined by what we hear, and when we hear it,” said Krista Marie. “We all have that, and I guess that is what makes music’s appeal so diverse. People relate to songs, everyone is creating their own life soundtrack.”

Catch up on season one

The 10-episode first season was acquired by Axis TV and will continue airing on the cable network through 2022. Episodes are also available on “The Song” YouTube channel. The show website, www.thesong.tv, features full performances and behind-the-scenes content.

Music from the show is also streaming on Spotify, Amazon, Apple Music and Pandora, among others.