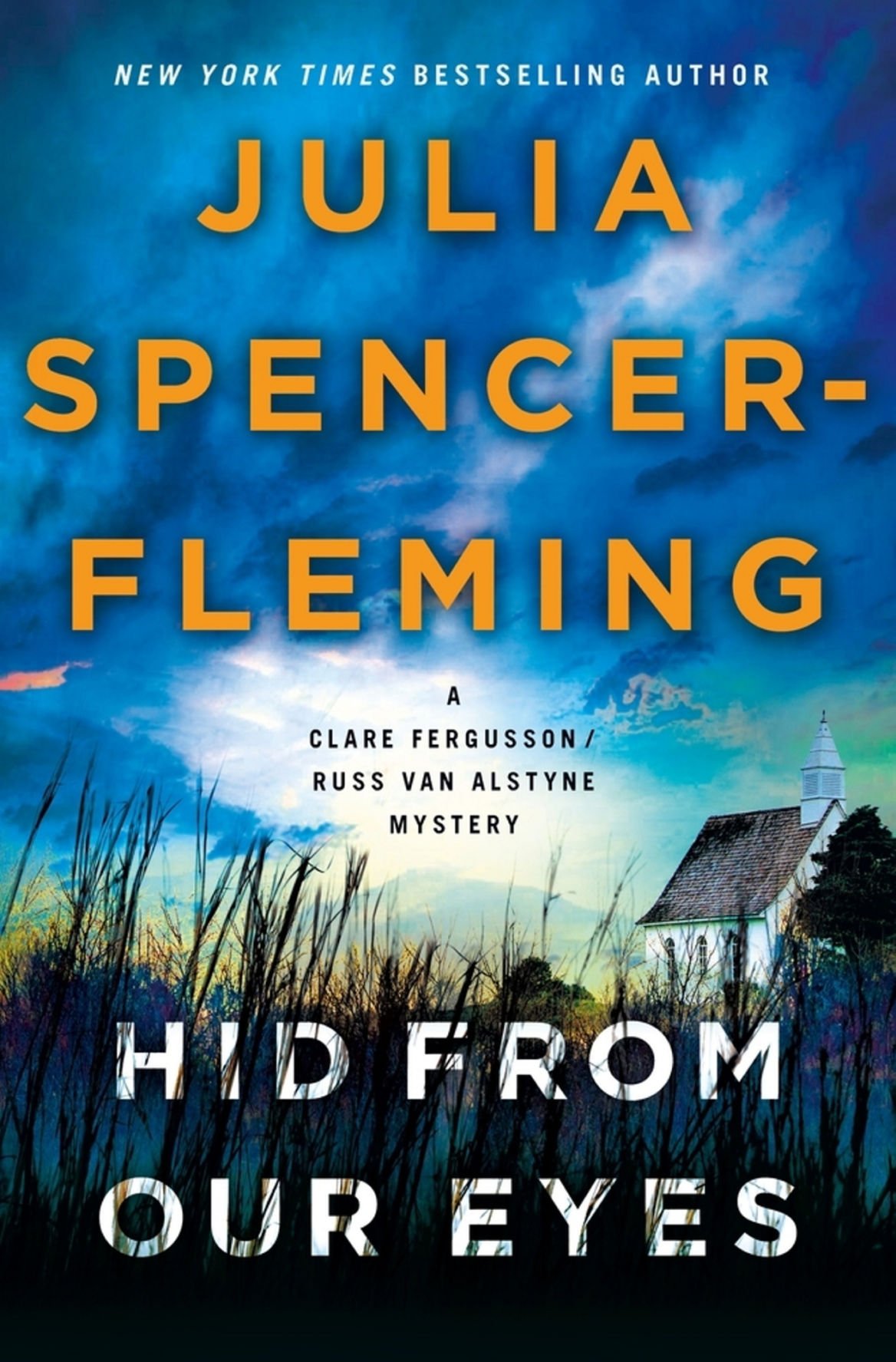 Minotaur Books The cover of “Hid From Our Eyes,” the ninth book in the Miller’s Kill series by 2005 “A Tale for Three Counties” author Julia Spencer-Fleming. The book is out Tuesday. 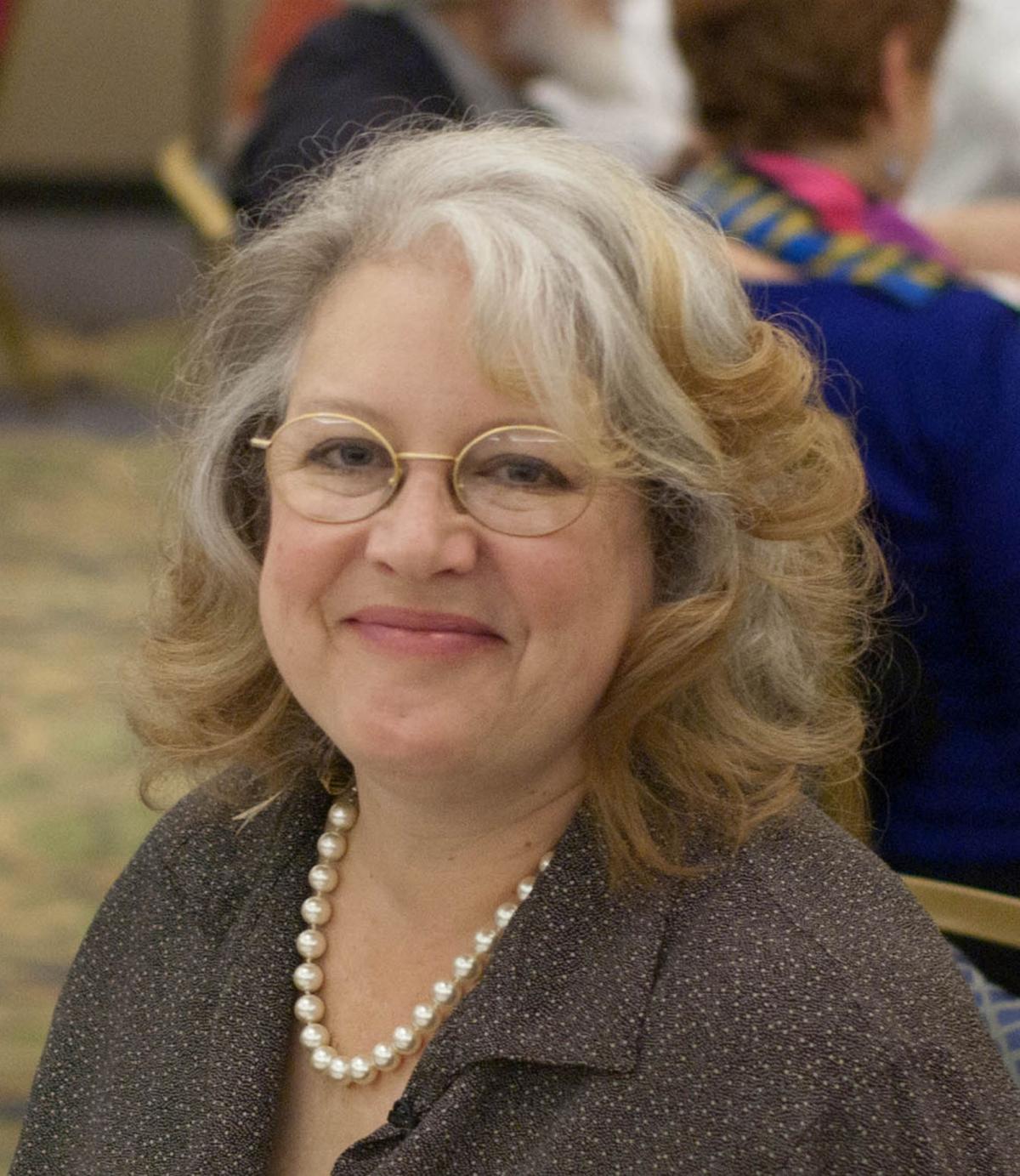 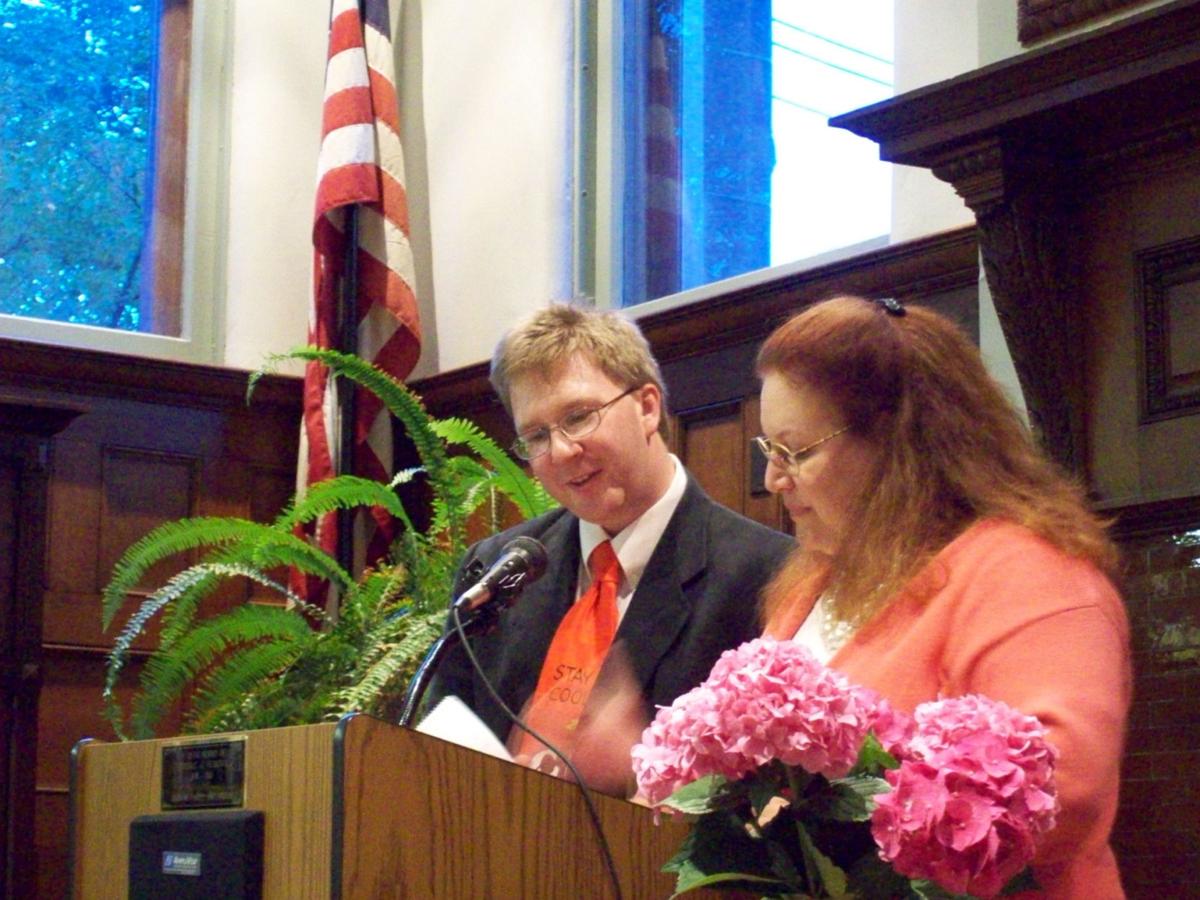 Minotaur Books The cover of “Hid From Our Eyes,” the ninth book in the Miller’s Kill series by 2005 “A Tale for Three Counties” author Julia Spencer-Fleming. The book is out Tuesday.

In 2005, local readers were introduced to Julia Spencer-Fleming, whose first novel “In the Bleak Midwinter” was the title for the one-book program called “A Tale for Three Counties.” That visit and book started a devotion to this author who has consistently provided interesting and topic-filled mysteries starring Episcopal priest Clare Fergusson and Police Chief Russ Van Alstyne.

“Hid from Our Eyes” (Minotaur Books), her ninth book in the series is out Tuesday. It’s another outstanding mystery that showcases the strengths of this writer and proves why she has such a loyal following.

The book opens in 1952 with the discovery of a young woman’s body on the remote McEachron Road in the small Adirondack township of Cossayuharie. Wearing a party dress and nicely groomed, she is missing her shoes, stockings, and purse with no signs for a cause of death. In 1972, another corpse is discovered, same location, same conditions, same time of year. Then fast forward to the present, when a third young woman’s body is found in the exact way, and Chief Van Alstyne is now in charge of the investigation. He has ties to the previous unsolved death — and not in a good way — as he was the scruffy young Vietnam vet, just home from the war, who discovered the body.

These unexplained deaths propel the mystery.

Circling through three time periods, the story also involves the current issues of the Millers Kill Police Department which is facing a town referendum on dissolving the force.

Committed to providing a safe community, Russ is also concerned for the members of his staff who need their jobs to survive. Facing a particularly difficult situation is Officer Hadley Knox, a single mother who has returned to Millers Kill to provide a stable home life for her children and to look out for her grandfather, but whose dubious past is exposed to her fellow officers by her vengeful ex-husband. As if that wasn’t enough, the department is hit with a lawsuit alleging that she and former MKPD Officer Kevin Flynn roughed up her ex-husband and planted drugs in his suitcase.

Despite the distractions, Russ focuses his department on searching for answers to the death of this unknown subject, knowing they face particular public scrutiny at this time while also acknowledging that they are grasping at straws. Their legwork takes them several places, revisiting people of interest from 1972, looking into local resorts and restaurants, following up on cell phone use, and going to check out the itinerant carnival workers at the the annual Washington County Fair. t the fair, the absent Officer Flynn surfaces, as he is working undercover investigating domestic extremism for his new job with the Syracuse PD.

Meanwhile at home, Russ is settling into newly married life with Clare and their baby son Ethan.

Clare is having trouble adapting to motherhood, trying to do too much and not willing to accept enough help from caregivers and her mother-in-law. Her stress provides some real challenges to her mental health and her ongoing struggle with substance abuse, but she soldiers on, reaching out to people in need, continuing her parish duties, and taking on a new seminary intern who provides entry into the community of monied seasonal residents and their interest in the Save Our Police campaign.

There’s a lot going on here with themes of misogyny, tax cuts, PTSD, cold cases, community policing, and transgendered people, but it is skillfully handled and woven seamlessly into the story. Some of it is fairly melancholy as the demons of past lives and the pressures of current ones weigh heavily on many characters.

Fortunately, it is leavened with the author’s trademark humor, which can be ironic and witty. The bantering among the officers and between Russ and Clare, the misunderstandings across generational divides, and the characters’ hidden thoughts and asides are lots of fun. The inclusion of hilarious moments between Russ and a certain Snoopy tie-wearing reporter, based on The Daily News’ own editor Ben Beagle, is laugh-out-loud funny.

This may be the longest book in the series, but it is as creative and fresh as the first book with a maturity in writing. Short chapters, moral dilemmas, familiar characters, and a complex mystery make this compelling reading.

I’ve read the book twice, and I can say that the resolution to the mystery is exceptionally clever and unusual but that the clues are provided with fairness. It ends on a cliffhanger that involves not one, but two of the characters’ stories.

It’s been six years since Julia’s last book was published, in part because she is a self-admittedly slow writer and in part because of the illness and death of her husband. Her oldest daughter, a columnist for a Maine newspaper, reports that Julia is weathering the current coronavirus crisis by sitting at her kitchen table and working on her next book, which is good news for all of us.

Our stay-at-home status may provide a challenge for getting a copy of this book, but here are some ideas:

Genesee and Orleans County libraries, including the ones in Batavia, Le Roy, will have “Hid From Our Eyes” available through OverDrive, a digital library collection accessible through libraries’ websites. Check with your local library for details.

The Wyoming County libraries will offer the title through OWLL2GO on member library websites: https://owwl.overdrive.com/.

If you’d like a print copy now, check out our local bookstores for purchase and pick-up or delivery arrangements.

Leslie DeLooze is a retired librarian from Richmond Memorial Library, Batavia. She is also the founder of the “A Tale for Three Counties” community reading project.

Anatomy of a character: How Snoopy-tie wearing editor became part of book series