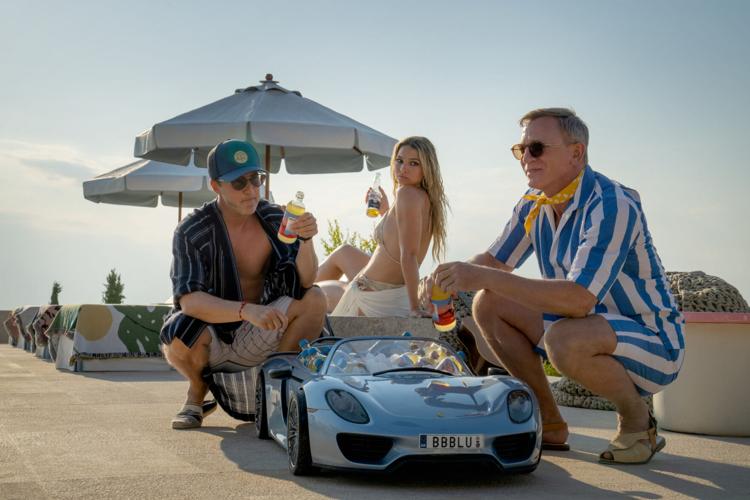 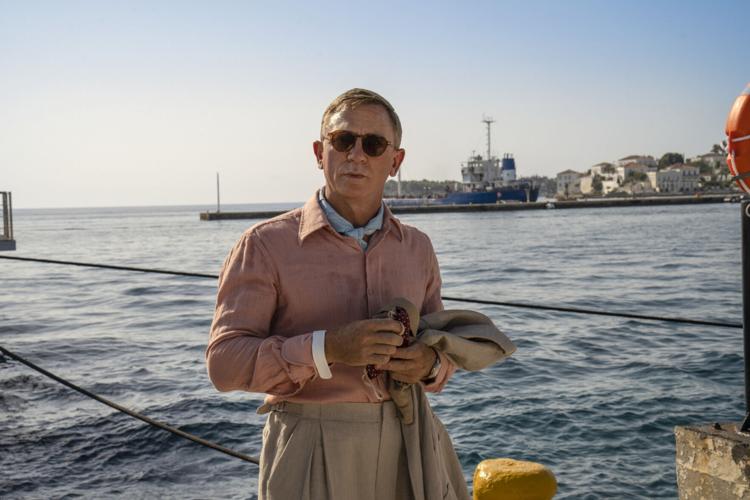 (TNS) – The key word in “Glass Onion,” Rian Johnson’s enjoyably deft sequel to “Knives Out,” is “disruption.” The friends who’ve descended on a Greek island paradise are game-changing innovators in the fields of fashion (Kate Hudson), science (Leslie Odom Jr.), politics (Kathryn Hahn) and toxic masculinity (Dave Bautista). Their host is a smug, name-dropping, eminently punchable billionaire whose resemblance to a certain newly installed social media titan could scarcely have been better planned or timed. And, of course, a post-007 Daniel Craig is back in the mix as Blanc, Benoit Blanc, that genteel charmer of a Southern sleuth who can always be counted on to disrupt a killer’s scheme, even as he serves to anchor what has become an improbably solid franchise.

The keys to that franchise now belong to Netflix, and talk about disruption! “Knives Out,” released three Thanksgivings ago, became a smash hit and suggested there was hope yet for smart, funny original movies in theaters. I suspect “Glass Onion” would have done the same had it been given the chance; instead, it’ll play for just a week in 600 U.S. theaters before it starts streaming Dec. 23, just in time to give Netflix a nice Christmas subscriber boost. It also feels like a criminal disservice to the movie, an audience picture through and through, whose slyly tuned jokes and ingenious surprises are worth discovering with a crowd.

Seek out those crowds, if you feel so moved; the sound of other people’s laughter may drown out a plot point or two, but you’ll experience worse distractions at home. The characters in “Glass Onion,” for their part, have been cooped up for too long. It’s May 2020, in the early days of the COVID-19 pandemic, and Miles Bron (a pitch-perfect Edward Norton), the aforementioned punchable billionaire, has invited his pals to his private island for a weekend escape. They happily comply, partly to enjoy a spot of lockdown luxury but also because they depend on Miles’ largesse — and therefore, his goodwill — to sustain their reputations and livelihoods.

Which is not to say that they wish him dead, exactly, although Miles’ ex-business partner, Andi (Janelle Monáe), may feel differently. Fired from the company they founded together and cast out from their once tight-knit circle of friends, Andi is one of two guests who turn up on the island unexpectedly; Blanc is the other.

As the two designated outsiders here, they forge an instinctual bond early on that may remind you a bit of Craig’s rapport with Ana de Armas in “Knives Out.” Maybe that’s a red herring on Johnson’s part, or on mine. Suffice to say that Monáe’s splendid, surprising performance is one of the movie’s foremost pleasures, achieving a heft and versatility that throws her co-stars’ amusing if paper-thin antics into sharp relief.

In other respects, “Glass Onion” — a reference to not only the Beatles song but also the large crystalline dome that sits atop Miles’ island compound — subtly echoes and departs from its predecessor, maintaining the usual high quality standards without lapsing too blithely into formula.

As the plot gathers steam and accelerates, Johnson again offers a blunt evisceration of the privileged and powerful, only with fancier cocktails, showier bric-a-brac and gaudier outfits. (A frilly orange bikini and a rainbow lamé dress — both worn by Hudson, though not simultaneously — are among costume designer Jenny Eagan’s standout creations; Craig’s vintage blue- and white-striped cabana set is another.)

But if “Knives Out’s” manor house full of rotten apples hews close to the classical detective story template, the suspects in “Glass Onion” feel drawn to more contemporary specifications. You might have cast a vote for an outwardly respectable, privately on-the-take politician like Claire (Hahn) or laughed at the YouTube videos that have made Duke (Bautista) and his girlfriend, Whiskey (Madelyn Cline), a popular duo in men’s rights discourse.

Most of these dimwits — Andi has a less printable word for them — are just one misstep or bad tweet away from cancellation, especially Hudson’s fashion maven, Birdie, whose phone gets routinely confiscated by her loyal assistant (Jessica Henwick). And then there’s Miles, who, like more than a few self-styled tech visionaries, isn’t nearly as clever as he thinks he is — something that Blanc, for all his courtly manners, delights in pointing out early and often.

Cleverness, however, remains very much Johnson’s stock-in-trade. He’s uncannily good at misdirection, at smuggling clues into throwaway dialogue and keeping the identities of not only his killer(s?) but also his victim(s?) under wraps for a remarkably long stretch. And in keeping with the title’s governing metaphor — a puzzle that is at once fiendishly multilayered and wholly transparent — he’s skilled enough to hide some of his most incriminating evidence in plain sight. The central mystery hinges on an audacious structural coup that produces a succession of giddy, breathless moments in the movie’s second half, as cinematographer Steve Yedlin and editor Bob Ducsay excel at reframing earlier plot points from revelatory new perspectives.

If the actual solution doesn’t turn out to be as elaborate or airtight in its construction as “Knives Out” was, that’s partly because the satirical dynamics — the inequity between the power Miles wields and the friends cowering and seething in his shadow — don’t entirely allow for it.

If there’s a weakness to Johnson’s conception of both movies, it’s that for all his strong, cohesive work with his ensemble, he hasn’t figured out a way to make all his characters equally compelling. To single out which actors fare better or worse is to risk spoiling a few surprises, though it gives away nothing to reiterate the droll, goofy pleasure of Craig’s company.

Blanc’s charms as a character are both obvious and layered: His air of comic befuddlement disguises a razor-sharp intellect, and he often deploys his armchair-detective showmanship to sneaky, subversive ends.

And like Hercule Poirot, Gideon Fell and a lot of other detectives with big brains and distinctive speech patterns, Blanc is a moralist and an idealist at heart — someone whose sympathies are instinctually with the wronged and neglected, and who believes fervently in the possibility of justice even when the law cannot provide it. That’s its own kind of disruption, I guess, except that it also fits a pretty satisfying formula. The “Knives Out” movies don’t need to be reinvented or broken open. But a distributor worthy of them and their audience wouldn’t hurt.

‘GLASS ONION: A KNIVES OUT MYSTERY’

How to watch: In theaters through Nov.29; on Netflix Dec. 23