“Dejection” — Shows a sad and depressed state, by Yuuka Sano.

“Elation” — Eliciting a feeling or state of great joy or pride, by Marissa Conte

“Rebellion” — The action or process of resisting authority, control, or convention, by Alexis Remington.

“Indignation” — Illuminates anger or annoyance provoked by what is perceived as unfair treatment, by Nicole Ortiz.

“Sonder” — The profound feeling of realizing that everyone, including strangers passed in the street, have a life as complex as one’s own, which they are constantly living despite one’s personal lack of awareness of it, by Kim Truesdell.

“Euphoria” — Shows a feeling or state of intense excitement and happiness, by Jessica Piper 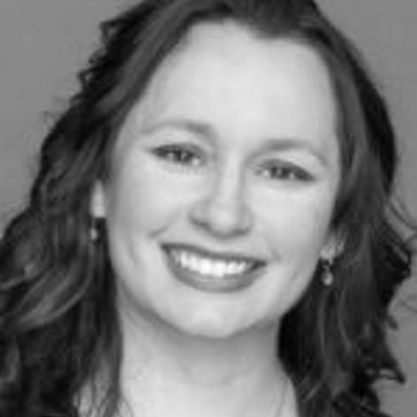 “Dejection” — Shows a sad and depressed state, by Yuuka Sano.

“Elation” — Eliciting a feeling or state of great joy or pride, by Marissa Conte

“Rebellion” — The action or process of resisting authority, control, or convention, by Alexis Remington.

“Indignation” — Illuminates anger or annoyance provoked by what is perceived as unfair treatment, by Nicole Ortiz.

“Sonder” — The profound feeling of realizing that everyone, including strangers passed in the street, have a life as complex as one’s own, which they are constantly living despite one’s personal lack of awareness of it, by Kim Truesdell.

“Euphoria” — Shows a feeling or state of intense excitement and happiness, by Jessica Piper

With the closure of fabric stores and her college campus as part of New York’s shutdown in the wake of the COVID-19 pandemic, fashion student Alexis Remington found herself needing to come up with new solutions as she and her classmates prepared for Genesee Community College’s annual fashion show this month.

Remington took to styling a few of her looks instead of making outfits from top to bottom, and she coordinated delivering of garments with her mother – who worked with one of her models and a model’s mom.

“I had to put a lot of trust in them and communicate to the best of my ability that they would bring my vision to life,” Remington said. “They more then delivered.”

But the biggest challenge of all may have been putting on a fashion show with no audience and no runway.

The fashion program students at GCC met that challenge by launching the special “Ebullition” website for its 39th annual fashion show. The website debuted at 6 p.m. May 2 at https://gccfashionshow.com/ and will remain active for repeated viewing and exploration.

The website features dozens of photographs and scene narratives developed by each student scene coordinator, including a brief description of the creative journey they have taken during the COVID-19 pandemic.

The interactive website allows visitors to explore a variety of scenes inspired by Japanese characters such as “Happiness,” “Anger, “Sadness” and “Joy.”

Visitors can learn about “Ebullition,” an uncommon word defined by “the action of bubbling or boiling a sudden outburst of emotion.”

The site includes a video review by Meghan Mundy, creator of Fashion Week Rochester. In the 15-minute commentary, Mundy explores each of the show’s scenes and styles.

Visitors are encouraged to use the site’s guest book and comment section to share their thoughts on the students’ work. Comments and reactions will provide a kind of virtual applause for the students.

“It is important that the student hear these comments in order to grow even more professionally and creatively,” said Laura Taylor, GCC’s instructor of fashion merchandising management.

Japanese student Yuuka Sano had proposed “Ebullition!” to her classmates and through a democratic process, the class chose her creative vision as the show’s theme. She had suggested each scene connect to authentic emotions consistent with Japanese “ki do ai raku,” which translates in English to happiness, anger, sadness and joy.

These four emotions were to be reflected in garment selections using specific color palettes, textures, style, accessories, music, and even places in the world or the obvious mood and motion of the models.

At the time, they had no idea how appropriate the term would become as students experienced a range of emotions through the production process.

Students were forced to regroup and reimagine the show – more than once as COVID-19 restrictions tightened – after the college shut down its campus for the semester on March 12.

The shutdown meant the runway show was canceled. Other ideas such as a live stream of the full fashion show, a streaming of a video production, then to video of individual scenes were all turned down with the narrowing of COVID-19 advisories and restrictions.

“It’s safe to say we were all just about over trying to make this work,” said student Jessica Piper, who recalled saying in one of their distance-learning classroom sessions that “I can’t be joyful right now. There’s nothing joyous about this.” Her classmates nodded in agreement.

Remington said she had a hard time continuing her work.

“I had no motivation because I thought, ‘What’s the point. It’s not going to be the same,’” she said.

But Taylor the instructor, encouraged her students, filling their heads with “so many amazing ideas,” Remington said, that she felt inspired again.

“I worked day and night to finish all that I could. I pulled two all-nighters to keep up with the shortened deadlines,” Remington said.

Taylor encouraged the students, telling them they would certainly feel joy on May 2.

“The show, the venue, the entertainment, the food, it’s all secondary. Your designs are what create the show,” Piper recalled Taylor telling them. “This is exactly why I continued, persevered and ended up creating a portfolio piece I’m very proud of.”

In the weeks leading up to the website launch, students worked remotely – some as far away as Tokyo, Japan - and found inventive ways to deliver garments and conduct photoshoots for the presentation. Some worked without sewing machines. Model photos were taken using cell phone and by those who live with the model. Scene coordinators were not allowed to visit a photoshoot at a models home.

“The fashion students had to trust that they had communicated their vision of the scene to the family member photographer clearly,” Laura Taylor, GCC’s instructor of fashion merchandising management, told The Daily News.

Student Kimberly Truesdell completely changed her scene. Her original idea was “Vellichor” from “The Dictionary of Obscure Sorrows,” which was defined as the strange wistfulness of used bookstores which are somehow infused with the passage of time. Truesdell was working on designs with a Modern Vintage style.

When the show moved online, the scene name changed as well.

“My online plan for my designs was to use models for a few pictures, but the rest of the photos would have a display of the clothes with objects to fit the theme of my scene,” she said.

The format switch left Truesdell limited with options for her displays. Instead, she chose the word “Sonder” from the same book. The new word represents the realization that each random passerby has a story as vivid and complex as your own.

“With this new name I was able to create different displays for my scene,” Truesdell said.

“I used blankets, tablecloths, anything I could find to get a background that would complement the clothes,” she said.

For Remington, the shift online was pretty easy.

“It opened up a lot of new doors for me,” she said. “With my scene being ‘Rebellion,’ I was able to bring more of those punk scenes into my pictures. There were lots of graffiti backgrounds, stones and brick walls. I felt that it really accelerated my scene and the overall vibe of it.”

The show is the capstone project for the students, which means their final grades depend on their ability to successfully complete their scenes. This year’s unique challenges included overcoming many sourcing design, equipment and other obstacles while keeping their creativity flowing at a time of great anxiety, Taylor said.

The show – which Taylor said is the most effective way to showcase the talents and hard work of the students - typically involved hundreds of student volunteers in a variety of roles, and with a live runway. Plans were that the show would again take place at the spacious Richard C. Call Arena on campus with a pre-show experience and post –show meet-and-greet with the fashion show scene coordinators.

While the students may have missed out on the energy a large-scale fashion show brings, they had new opportunities. They worked with the college’s marketing and communications office more for this project than any other.

“Their experience, guidance and enthusiasm were invaluable professional examples to my students,” Taylor said. “We were so pleased to put this website together and be able to find an alternate way to share the students’ work with the community.”

Under each major “ki do ai raku” emotion, the following scenes will be presented:

n “Gaiety” — Depicting the state or quality of being lighthearted or cheerful, by Chie Kai.

n “Rebellion” — The action or process of resisting authority, control, or convention, by Alexis Remington.

n “Indignation” — Illuminates anger or annoyance provoked by what is perceived as unfair treatment, by Nicole Ortiz.

n “Sonder” — The profound feeling of realizing that everyone, including strangers passed in the street, have a life as complex as one’s own, which they are constantly living despite one’s personal lack of awareness of it, by Kim Truesdell.

n “Sorrow” — Portrays a feeling of deep distress caused by loss, disappointment, or other misfortune suffered by one’s self or others, by Olivia Kohorst.

n “Elation” — Eliciting a feeling or state of great joy or pride, by Marissa Conte

n “Entranced” — Filling one with wonder and delight, holding their entire attention, by Rebecca Siglin

n “Euphoria” — Shows a feeling or state of intense excitement and happiness, by Jessica Piper