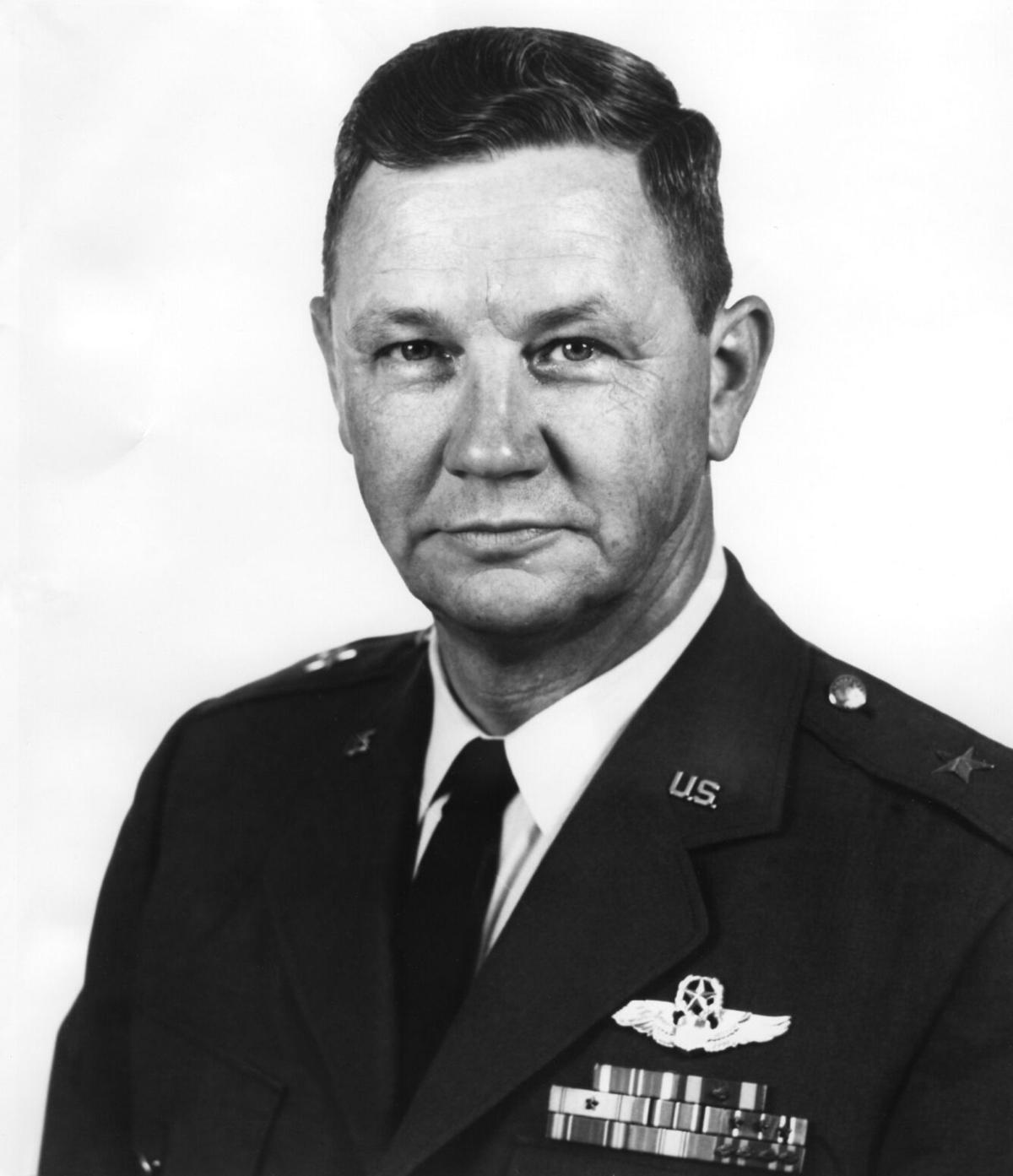 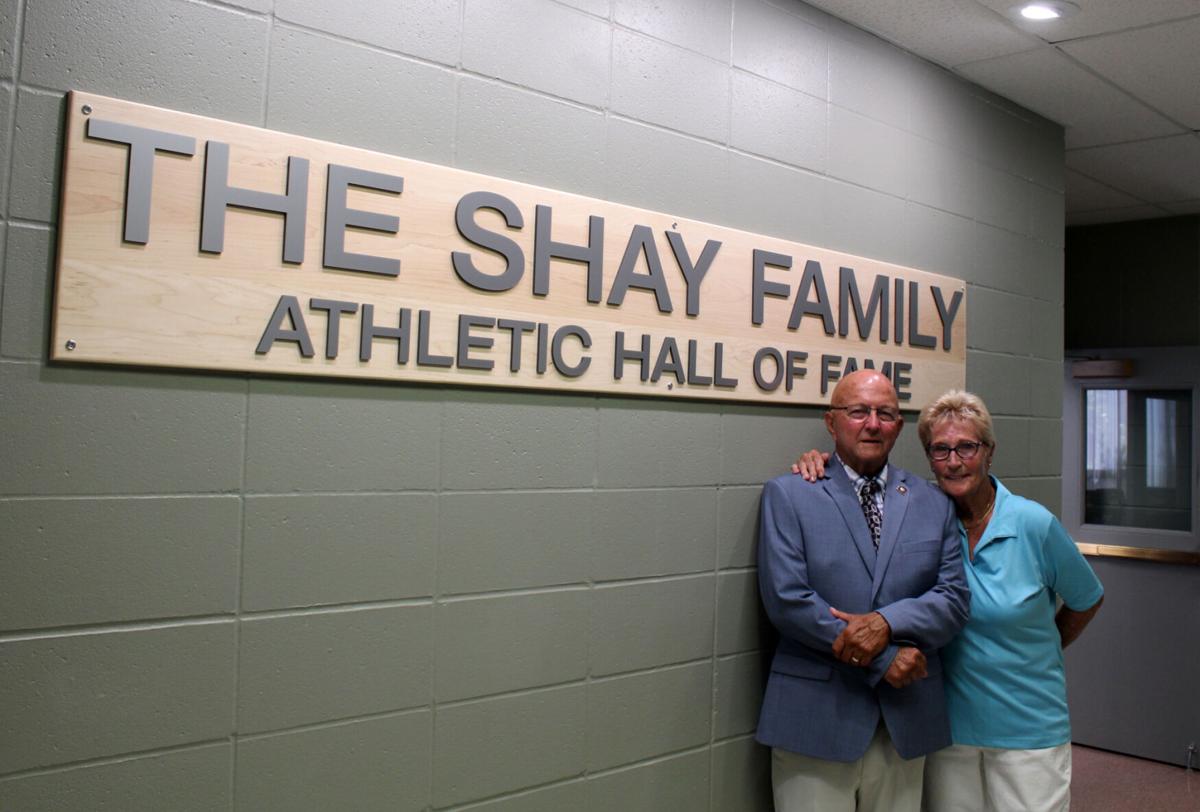 SUNY Alfred PhotographJon Shay, left, and his wife Linda are shown during the dedication of The Shay Family Athletic Hall of Fame at SUNY Alfred during its dedication at the college this summer. Jon Shay has been chosen by the Foundation for Dansville Education for induction on Dansville Central School’s Wall of Pride, though the ceremony has been postponed to October 2021.

SUNY Alfred PhotographJon Shay, left, and his wife Linda are shown during the dedication of The Shay Family Athletic Hall of Fame at SUNY Alfred during its dedication at the college this summer. Jon Shay has been chosen by the Foundation for Dansville Education for induction on Dansville Central School’s Wall of Pride, though the ceremony has been postponed to October 2021.

The Foundation for Dansville Education has postponed its sixth annual Wall of Pride induction ceremony that was scheduled for this month.

The ceremony, which was to induct Brigadier Gen. Allman T. “Cubby” Culbertson and Jon Shay, has been rescheduled to Oct. 16, 2021.

Organizers made the decision “in light of unabating restrictions on public gatherings.”

The Wall of Pride, located in Dansville High School, was started to honor and celebrate alumni, community members and educators who have made a significant contribution to society.

Culbertson, who was born in Dansville in 1911, and graduated from Dansville High School as valedictorian for the class of 1928. He served in the military for 32 years, enlisting with the Army Air Corps in 1935. He earned his wings as a commissioned officer in 1935. During World War II, he helped establish the Eighth Bomber Command and participated in the initial heavy bomber attack on Berlin. Following the war, he served in senior command and staff jobs at various Air Force research and development centers, leading to his being appointed commander of Rome Air Development Center in 1964. He retired in 1967, having logged more than 6,00 hours as a pilot of more than 100 different types of aircraft, ranging from light planes and gliders to heavy bombers and jets.

Among his service decorations are the Legion of Merit, Distinguished Flying Cross and Air Medal with Oak Leaf Cluster.

He retired with his family to Lakeway, Texas, where he served the local community for 20 years as trustee and president of the Lakeway Civic Corporation, street superintendent and organizer and president of the Lakeway homeowner’s association. He was named the “Outstanding Citizen” of Lakeway in 1985. In retirement, he also earned a bachelor of business administration degree.

He was named a Paul Harris Fellow by Rotary International and was active in a number of flying associations.

Shay, 77, has been a lifetime supporter of commerce and community in Livingston and Allegany counties.

After graduating from Dansville High School in 1960, Shay became involved in the family trucking business, Shay’s Service Inc. He remained in an ownership role of Shay’s Service and other family corporations until 2012, overseeing the growth of the businesses with his brother Tim and father Harold. Jon was an integral part of the creation and expansion of new family businesses, including Main Tire Exchange Inc., HASCO Realty and Dansville Mini-Storage Inc. He was a president of the New York State Motor Truck Association.

Shay was named Dansville Chamber’s Man of the Year in 1982, and was the first recipient of the Livingston County Area Chamber of Commerce’s George Traber Community Service Award, which recognizes civic engagement through leadership, volunteerism and service. He was an Olympic torch bearer in 2002, and in 2006 was Tire Dealer Magazine’s Humanitarian Award Recipient, which is given for charitable and civic community contributions.

The categories of demonstrated excellence considered by the Selection Committee are education and academics; leadership and quality of life and community service and philanthropy.