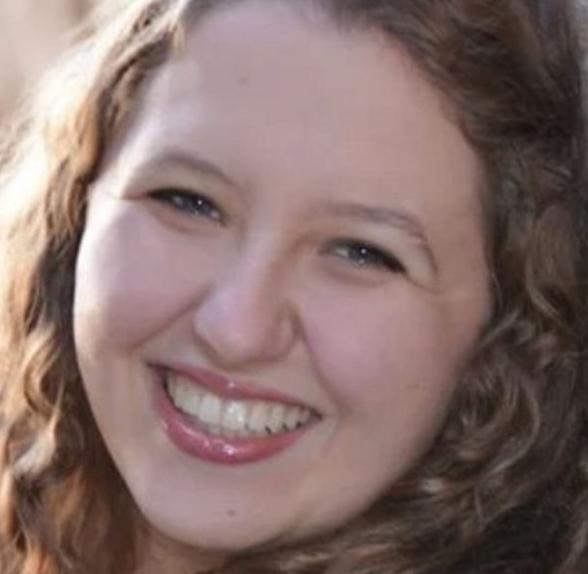 Andrea Gilebarto was supposed to graduate with a degree in music education this weekend from Fredonia State College, but the COVID-19 pandemic has delayed those plans – the college has postponed its ceremony until August.

While Gilebarto looks forward to that milestone, the 2016 graduate of Batavia High School, also seeks a future as a music educator and singer – with the Buffalo Philharmonic Orchestra Chorus one day and performing in more operas.

Gilebarto, a singer who received the Genesee-Wyoming Music Educators Association’s John Mikulski Career Music Scholarship during her senior year of high school, is featured this week in the Association’s virtual concert series.

She performs “The Girl in 14G,” an original song written for Kristin Chenoweth by Jeanine Tesori and Dick Scanlan. The song was inspired by Chenoweth’s experience upon moving to New York City and living in an apartment above a cellist and below a soprano.

It’s a dream that Gilebarto may be able to relate to. She said her ultimate music goal is to “teach middle school general music and choral music while still having the time to participate in an opera or musical theater performance.”

For the concert series, Gilebarto is seen performing the song accompanied by a pianist in a 4-1/2-minute video that finds her at times wistful and at other times exasperated by her noisy neighbors.

Her favorite high school memory was playing Mary Poppins in “Mary Poppins,” the musical. While her favorite college musical experience was when she was in Chamber Choir under the direction of Dr. Vernon Huff. A close second, she said, was playing one of the stepsisters in Hillman Opera’s production of Massenet’s “Cendrillion,” the French opera version of the “Cinderella” story.

Her favorite venue to perform in was when the Chamber Choir went to Churchville-Chili High School to be part of a promotional tour.

“We performed four songs that evening, and closed out the concert,” she recalled. “The auditorium was huge and had plenty of space for our sound to resonate in.”

Her favorite song that the group performed that night was “All My Trials” and “Rockin’ Jerusalem,” both arranged by Stacey Gibbs.

Among Gilebarto’s music influences are Joyce Didonato, Luciano Pavarotti and Bill Joel. She has tickets to see Joel in concert “and cannot wait to see him live,” she said.

Gilebarto studied voice with Robert Strauss and SUNY Fredonia. She also plays piano, flute and ukulele. She said she loves playing the ukulele, especially finding chords to pop songs that she loves and then playing along to a recording.

The scholarship is awarded to two students each year who desire to pursue a career in music. Each year, students interested in the scholarship audition in front of a panel of judges and complete an interview process.

Previous performances in the GWMEA series have included guitarist Lowell Chamberlain of Alexander and flutist Lydia Geiger of Batavia.