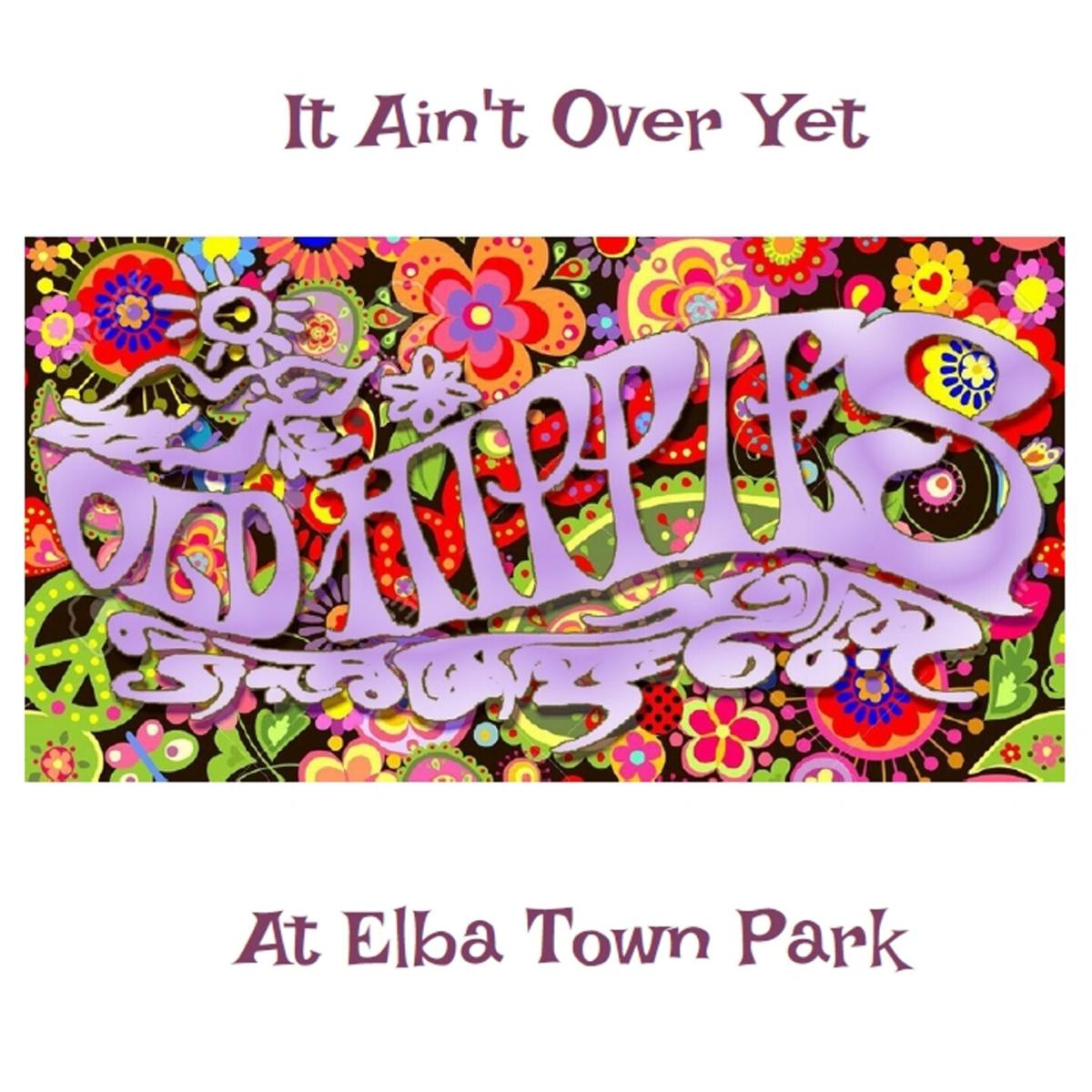 The Old Hippies, a music duo featuring Kay and Bill McDonald, released a recording of original songs in late December. 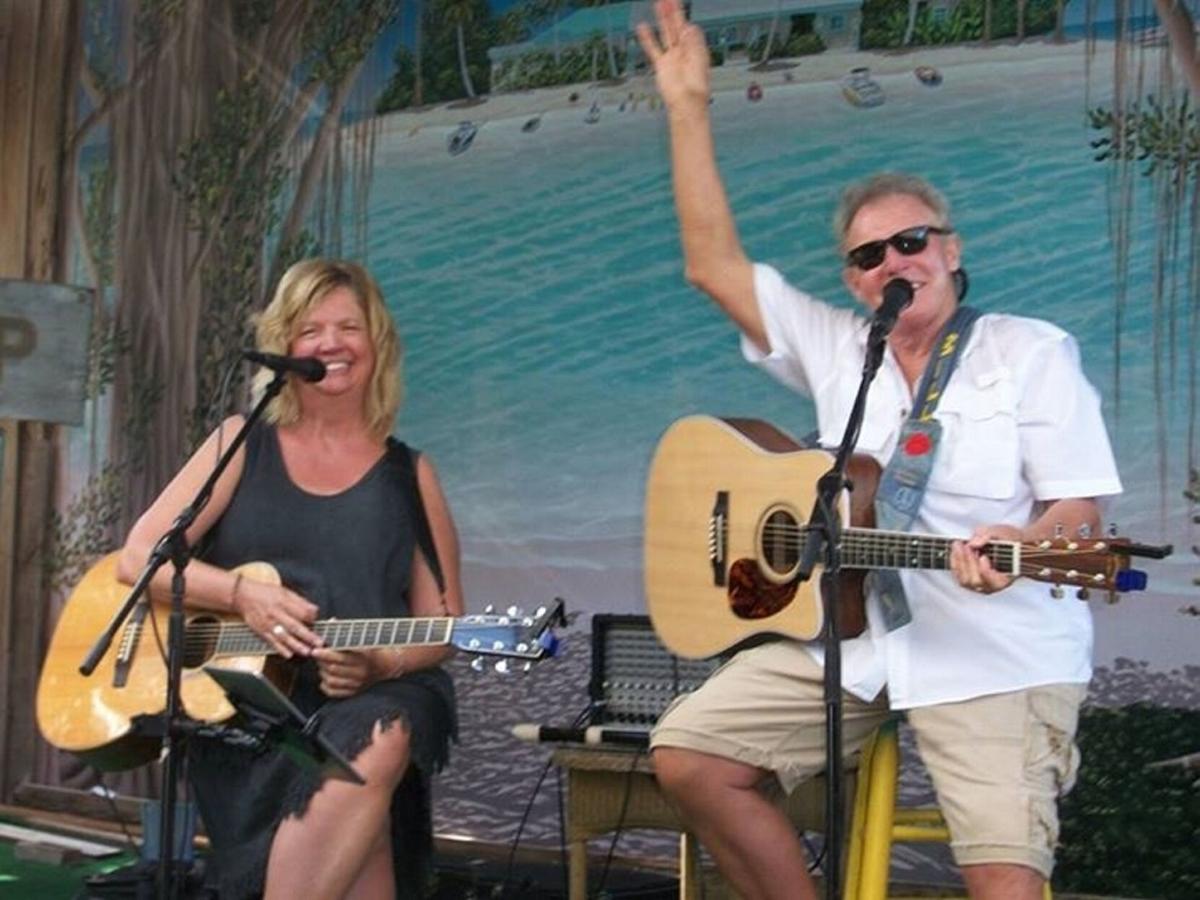 File Photograph Musical duo Kay, left, and Bill McDonald, who perfor as the Old Hippies, acknowledge their audience during a pre-pandemic concert. Since March, the Genesee County musicians have been performing a series of Saturday concerts online. The concerts often originate from their hom in Florida.

The Old Hippies, a music duo featuring Kay and Bill McDonald, released a recording of original songs in late December.

File Photograph Musical duo Kay, left, and Bill McDonald, who perfor as the Old Hippies, acknowledge their audience during a pre-pandemic concert. Since March, the Genesee County musicians have been performing a series of Saturday concerts online. The concerts often originate from their hom in Florida.

Tonight will mark the 44th Saturday “Home to Home” concert of the Old Hippies, a Genesee County duo weathering the season from their Florida home.

But you don’t need to wait until Saturdays. For anyone who wants to listen to their music on a different day of the week a new album has dropped.

Recorded live at Elba Town Park in September, it features three Old Hippies original songs: “Dancin’ In The Sand,” “Ride On Palomino,” and “It Ain’t Over Yet.”

The newest song on the album, said Bill McDonald, who makes up the Old Hippies along with his wife, Kay, is “Ride on Palomino” and the oldest one is “Dancin’ In The Sand.” All have been written in the last six to seven years.

“We have plenty more, and we kind of, in retrospect ,wish we put a few more of our own on there,” he said.

They had just decided to record that night and wasn’t planning on making a CD out of it — the recording just came out so well.

“We have a brand new one called ‘Holed Up,’ which is about the pandemic,” McDonald said.

The Old Hippies began their Home to Home concerts after St. Patrick’s Day. They had been performing a concert at the Pelican Café in Stuart, Fla., and while there was a few in attendance, McDonald said the mood was anything but celebratory as they talked about the COVID-19 virus.

“As it came time for an intermission this St. Patrick’s Day, we moved to a table of friends. As we listened and joined in the conversation, we were starting to understand from everyone’s discussion that the virus was spreading faster than our words could travel,” McDonald said.

“Events such as this evening’s, and those we were accustomed to earning our living and entertaining folks in concerts, clubs, pubs, and private parties, would soon come to a standstill, and for who knew, how long,” he said. “Our friends at the table suggested that perhaps we should give some thought to live streaming our concerts from home.”

Thanks to their friend’s suggestion, the McDonald’s decided to just that. Concerts are featured on Bill McDonald’s Facebook page, usually about 7 p.m. on Saturdays and often from the living room of their home – either in Stuart, Fla., where they are now, or in Genesee County. The occasional concert has an earlier afternoon start and during the summer there were also some concerts streamed from other locations, including parks in Genesee County.

They duo has also performed special concerts during the week, and did a Christmas Eve show with holiday selections.

In a few more months, the Old Hippies will have been doing their Home to Home concerts for a year. McDonald said every week the numbers are in the thousands as people tune-in to listen. The concerts are also shared to the Facebook pages of The Daily News and Livingston County News.

“We’re going to keep doing it until someone tells us we can’t,” he said. “It’s given us so much to look forward to.”

McDonald said at first it was like operating a bit on a disconnect, but now it’s something they have gotten used to; they don’t have to lug gear anywhere nor drive, they can just sit in their living room and play.

“I think a lot of people are going to be comfortable with this new normal, and this new lifestyle we’ve been forced to lead,” he said. “I think I kind of like it.

The CD came out on Christmas Eve. It is available online at oldhippiesmusic.com.