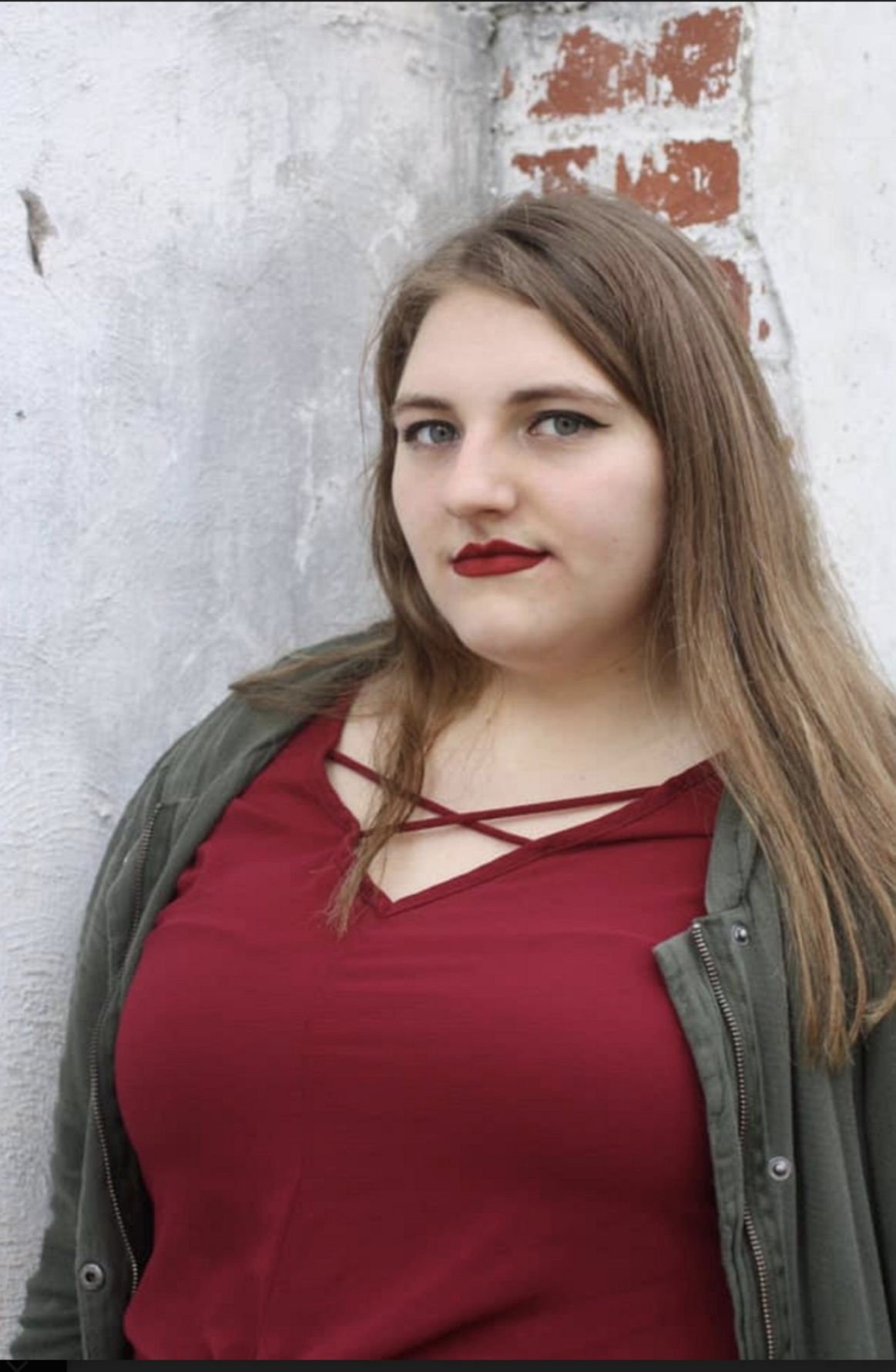 Madison Hoerbelt is studying voice performance and hopes to one day be performing in some of the world’s greatest opera houses. 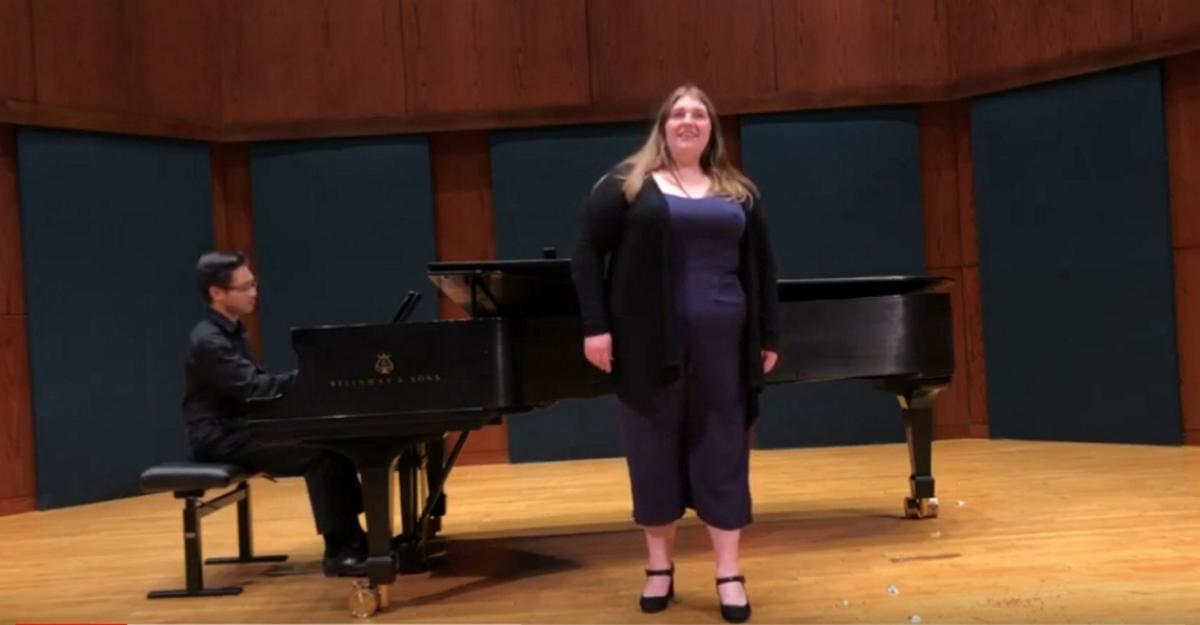 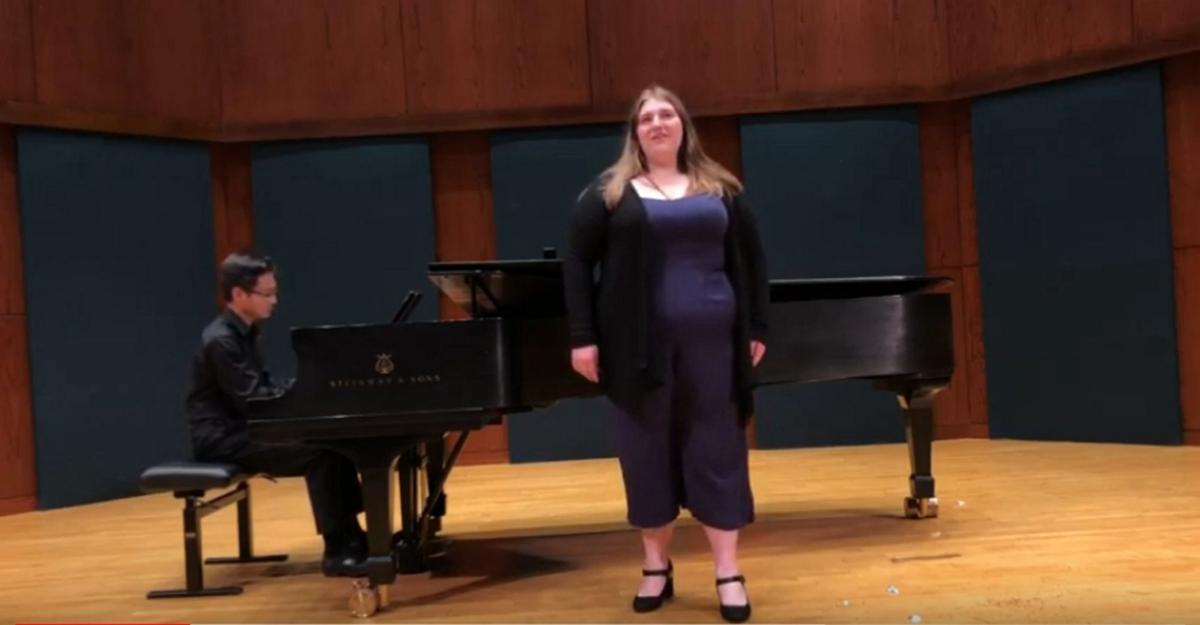 Madison Hoerbelt is studying voice performance and hopes to one day be performing in some of the world’s greatest opera houses.

If Madison Hoerbelt has her way, one day she will be appearing in the world’s greatest opera houses and companies around the world. Places like New York City, Germany and Italy.

For now, the 2018 graduate of Batavia High School is refining her craft as she studies voice performance at Ithaca College.

Madison, a mezzo soprano, is also the final musician to be highlighted in the Genesee-Wyoming Music Educators Association’s virtual concert series. The online concerts have highlighted recipients of the Association’s John Mikulski Career Music Scholarship. Madison received the award in 2018.

For her performance, which runs a little more than two minutes, Madison sings “The Monk and His Cat” by Samuel Barber with piano accompaniment by Harris Andersen. It is the eighth song in Barber’s 10-song cycle “Hermit Songs” that was composed in 1953. The poem is a translation of a text by an anonymous Irish monk who lived sometime between the 8th and 13th centuries. In the 16-line song, the monk talks to his cat, Pangur, about how happy they are – “Alone together, Scholar and cat” – in their daily lives.

Madison already has a collection a favorite musical experiences. They began in high school when she says she was very lucky to attend Conference All State and, in 2017, the National Association for Music Education All-Eastern Music Festival in Atlantic City, N.J. – the first Batavia High student in 14 years to accomplish the latter feat.

As a college freshman, Madison toured with the Dorothy Cotton Jubilee Singers, which included shows in Virginia, North Carolina and Washington, D.C. This past year, as a college sophomore, she was part of the Ithaca College Choir that performed the national anthem at MetLife Stadium outside of New York City.

Her favorite venue, though is close to home – Kodak Hall at Eastman Theatre.

“I performed there for two concerts during my time in Conference All State and three more times with the Rochester Philharmonic Orchestra in their Holiday Pops Concerts throughout high school,” Madison says.

During May and June, Madison was planning to attend Songfest, a prestigious art song program, but the event was canceled due to the COVID-19 pandemic.

She’s also a member of Mu Phi Epsilon, a co-ed professional music fraternity to which she has just been elected vice president and pledge mom.

Madison notes that she also plays many instruments. These include clarinet, saxophone, flute, guitar, ukulele and piano.

Some of her main performance influences are Renee Fleming, who grew up in the Rochester area, Isabel Leonard and Anita Rachvelishvili.

Madison, the daughter of music educators and sister of another Mikulski scholarship recipient, is one of Batavia most accomplished music students. Her teachers over the years have described the “amazing resonance to her voice” and cited her lack of fear and confidence.

She participated in band, chorus, Jazz Band, Saxophone Ensemble and Beauty Shop Ensemble. She was selected for All County Band and Chorus, NYSSMA Area All State Chorus and NYSSMA Conference All State Mixed Choir and Treble Choir. She played leading roles in many school and community theater productions, including villainous Elphaba in “Wicked,” her final high school theatrical production.

Of the role, played by Idina Menzel on Broadway, told The Daily News in a 2018 interview that she enjoyed playing the role.

“It’s so different from who I am,” she said. “I’m typically a bubbly person, but on stage, I can be as evil and maniacal as I want to.”

Madison, the daughter of Mark and Lauren Hoerbelt, says her goal is to be an opera and musical theater actress. After college she plans to go to graduate school to get a master’s degree in voice performance and eventually a doctorate.

She says she would love to have a performance career in opera houses around the world and teach private voice at the collegiate level one day.

The John Mikulski Career Music Scholarship is awarded to two students each year who desire to pursue a career in music. Each year, students interested in the scholarship audition in front of a panel of judges and complete an interview process.