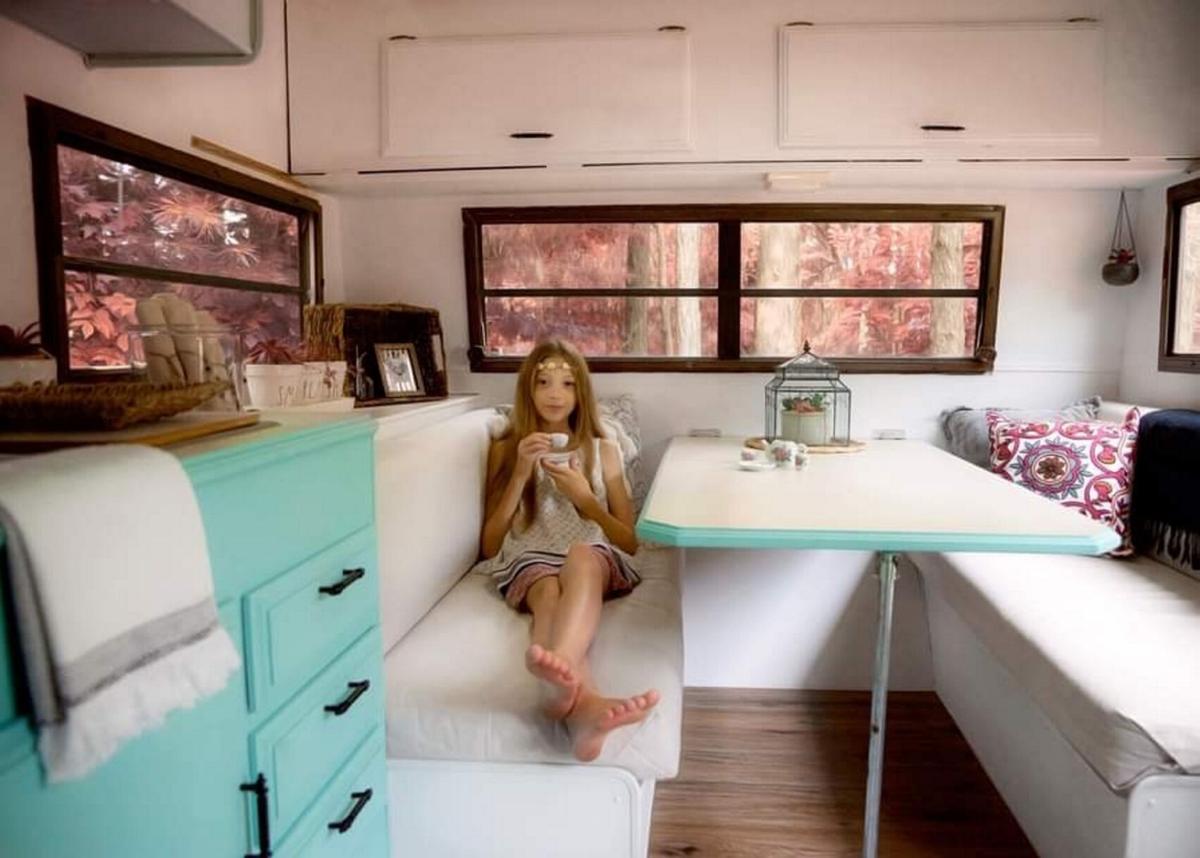 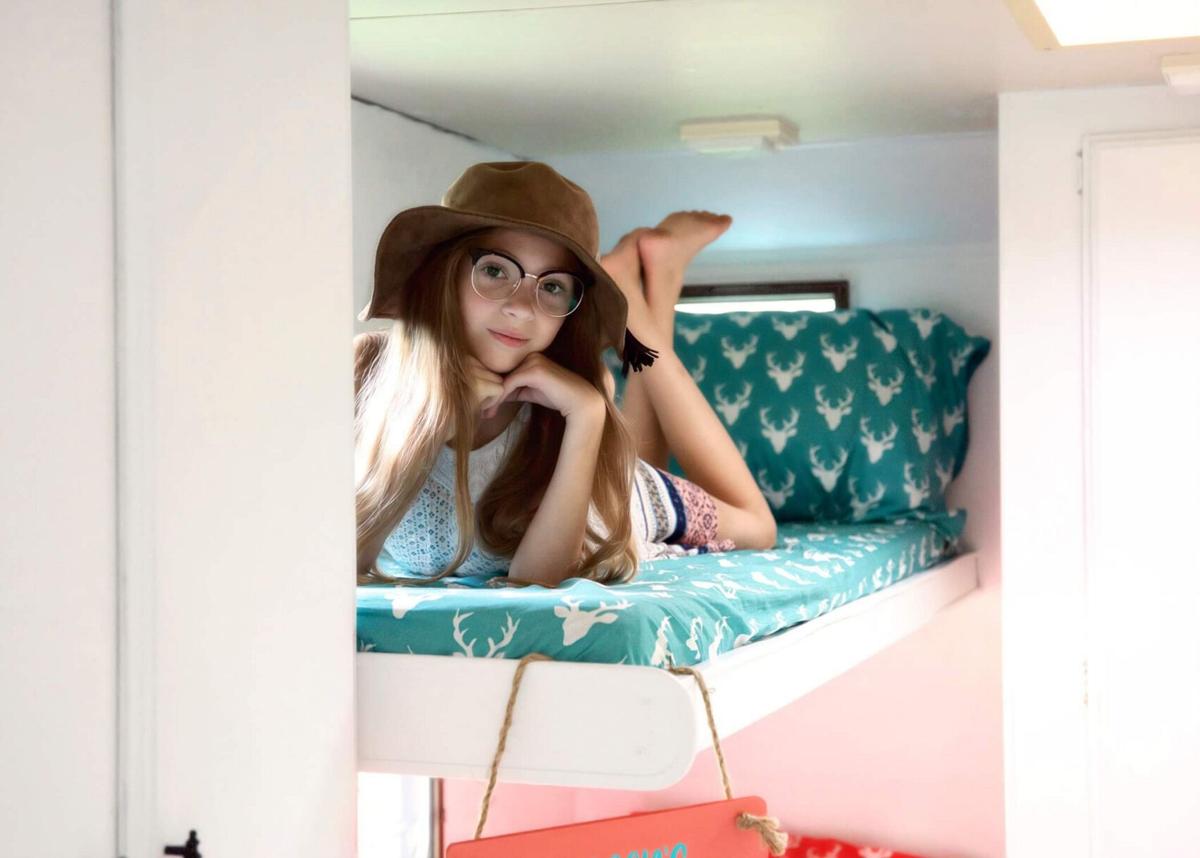 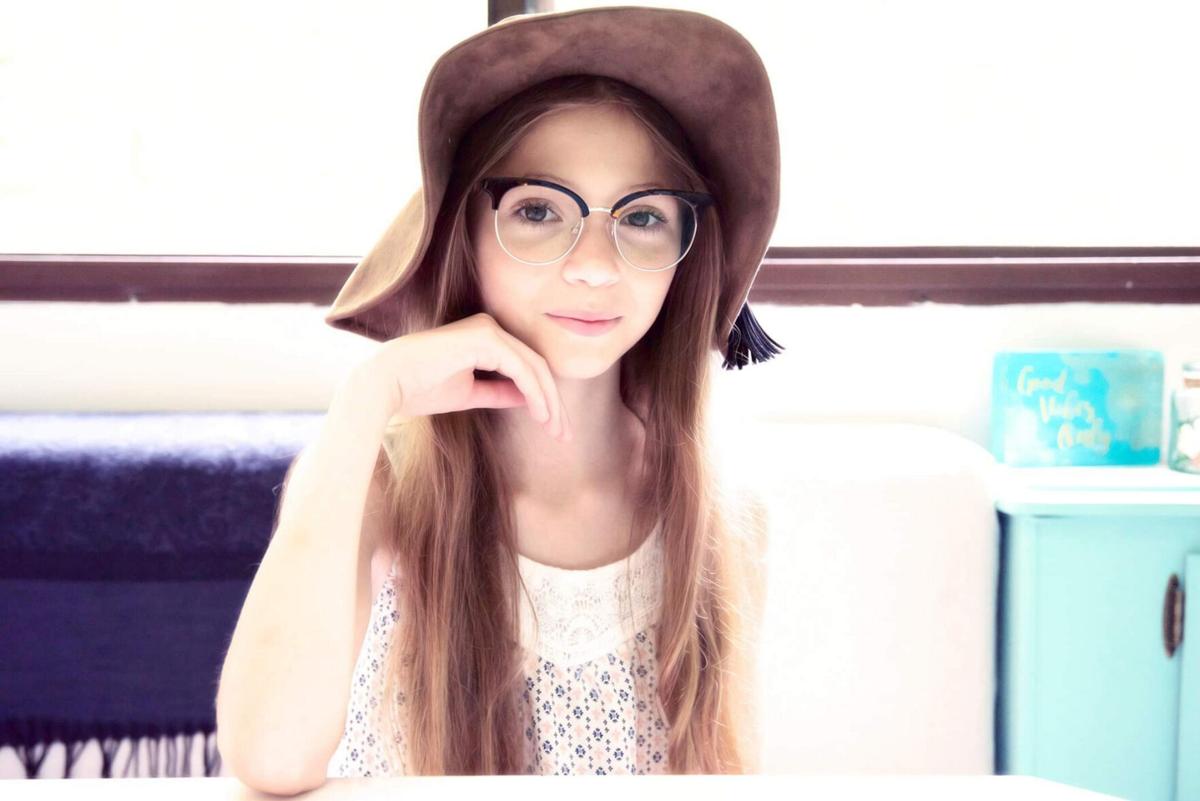 Photograph courtesy of MorningSun Photography Lauren Nelson,,11, has experienced an array of new opportunities since her camper caught the attention of national media outlets. 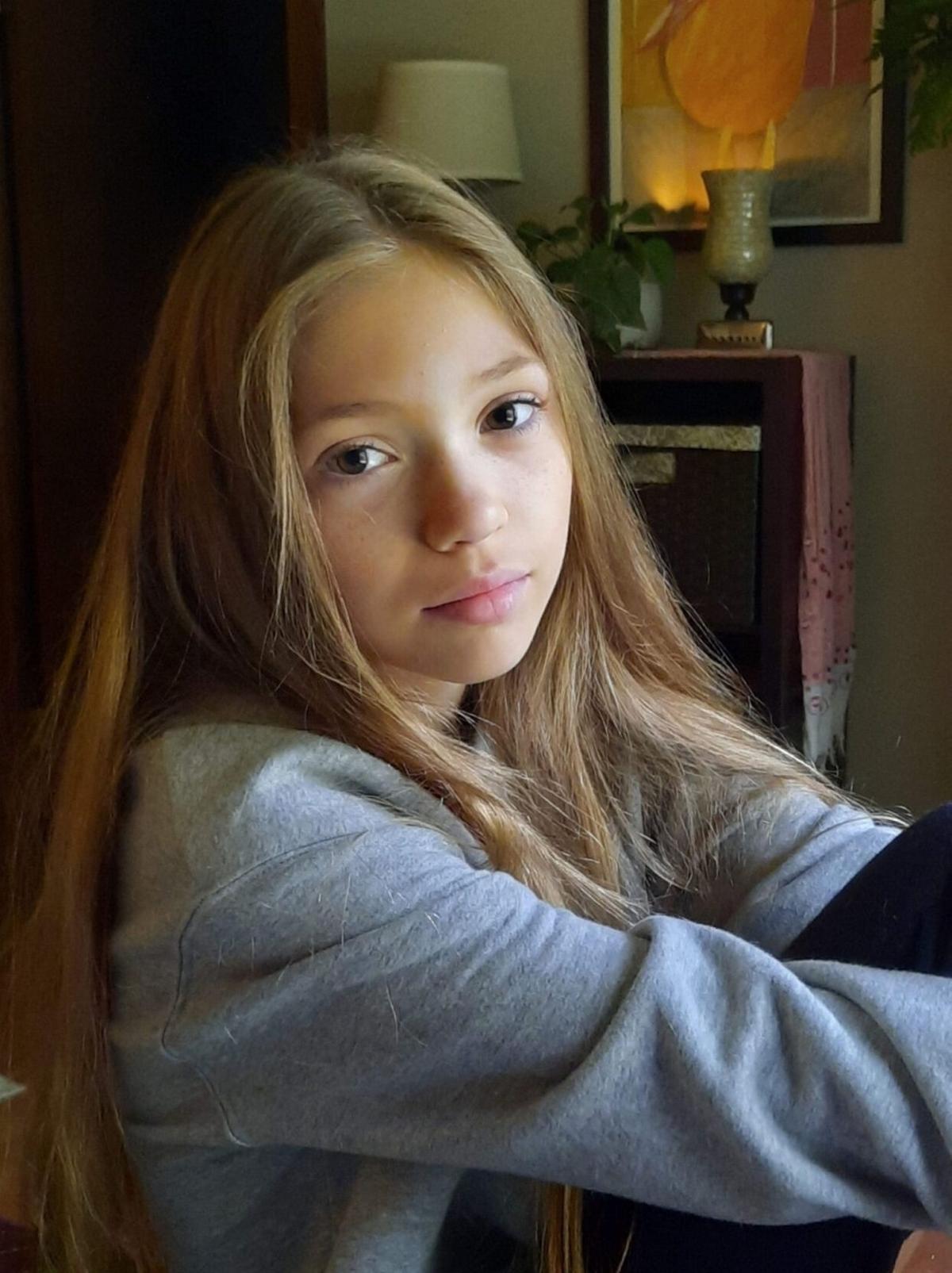 Photograph courtesy of MorningSun Photography Lauren Nelson,,11, has experienced an array of new opportunities since her camper caught the attention of national media outlets.

What began as a simple, fun idea for spending time with her family while stuck at home during the COVID-19 pandemic, has brought national attention to Lauren Nelson of Attica.

The 11-year-old girl purchased and remodeled a 1988 20-foot Sunline Sunray Camper with her own money at a low cost. Then, with the help of a few family members, she executed her vision and fashioned a gorgeous club house she could call her own.

The word about her designs quickly spread – a story published Aug. 15 in The Daily News caught the attention of the New York Post, which ran a story in its real estate section, Inside Edition, and NBC’s Access Daily, which interviewed Lauren about her ideas, goals and design process in a segment that aired Sept. 21 on “The Access Daily Show.” Her project has also been featured in other print and online media.

In addition to the recognition she’s received for the design of her camper, Lauren recently signed with Signed Management for modeling.

“Things are going very well. I signed with a modeling agency after they saw my camper. The Access Daily interview went well! They even surprised me with Josh and Zack from ‘Tiny House Nation,’ who were a part of the interview.”

Josh Weisbarth and Zack Giffin are co-hosts of “Tiny House Nation,” which is an inspiration to Lauren and her design process.

“I love to do design. I think this has been an amazing experience and I’ve learned a lot,” said Lauren. “I’ve learned to be frugal, save money, and improved my public speaking skills.”

Approaching each new opportunity with gratitude, Lauren was asked to speak to young girls across the nation during a Grand Prix event with the Girls Scouts of America in Dallas, Texas, which focused on helping young girls “build their world.”

“She was asked to speak on key topics and submit a recording for the event. She just spoke from her heart and she did a great job,” said Lauren’s mother, Aimee Nelson.

Improvements to finalize Lauren’s first camper remodel are underway. Wood to complete decking that butts up to the camper to create an outdoor patio has been purchased but the Nelson’s will hold off with the building plans until spring.

Taking a cue from her parent’s financial focus, Lauren is also following the budgeting guidance of Dave Ramsey, who specializes in practical budgeting. Lauren started an envelope to save for her next renovation project.

“My mom’s friend has a tiny American Girl Camper. It’s not the VW one, but I really like it,” said Lauren. “I want to buy it and renovate it to make it new and modern.”

Lauren plans to use the same color scheme for her American Girl Doll camper as she did for her own camper.

Her parents, Paul Nelson and his wife, Aimee, have been by her side throughout this process and continue to be impressed by their daughter’s poise.

“She seems to be taking everything in stride, so far,” said Aimee. “It’s been a whirlwind. The opportunities that have opened up for her have been incredible.”

Behind the scenes, one of her biggest fans, her grandfather, Roger Tiede of Connecticut, is rooting for Lauren’s success, noting Lauren’s interview with Access Daily, was “fabulous.”

“The tremendous excitement about Lauren and her camper project was surely not expected. On the other hand, she is a truly talented 11 year old. Lauren’s use of ‘quarantine time’ combined with the desire for a space of her own is an adventure that has captured hearts from coast-to-coast. The family, myself and other relatives included, are enjoying sharing her unexpected ‘good news’ story at a time when so many people need to hear one,” said Tiede.

He continued, “…To Lauren I would say a job extremely well done may unexpectedly open other doors. You likely will not choose to pass through all of them, nor should you. Study the doors, consider the doors, choose wisely based on good judgement and walk confidently through that next door. Face the challenge and give it your best yet know when and how to gracefully accept the inevitable occasional failure. We are all human…”

Lauren has been putting the finishing details on her camper and hopes to host birthday parties for young girls in the community in the future who can utilize the camper with their dolls and enjoy a tea party hosted by Lauren.

Since being signed to a modeling agent, Lauren has launched an Instagram account - @tinylifedesign – where she highlights her latest projects and modeling photographs.