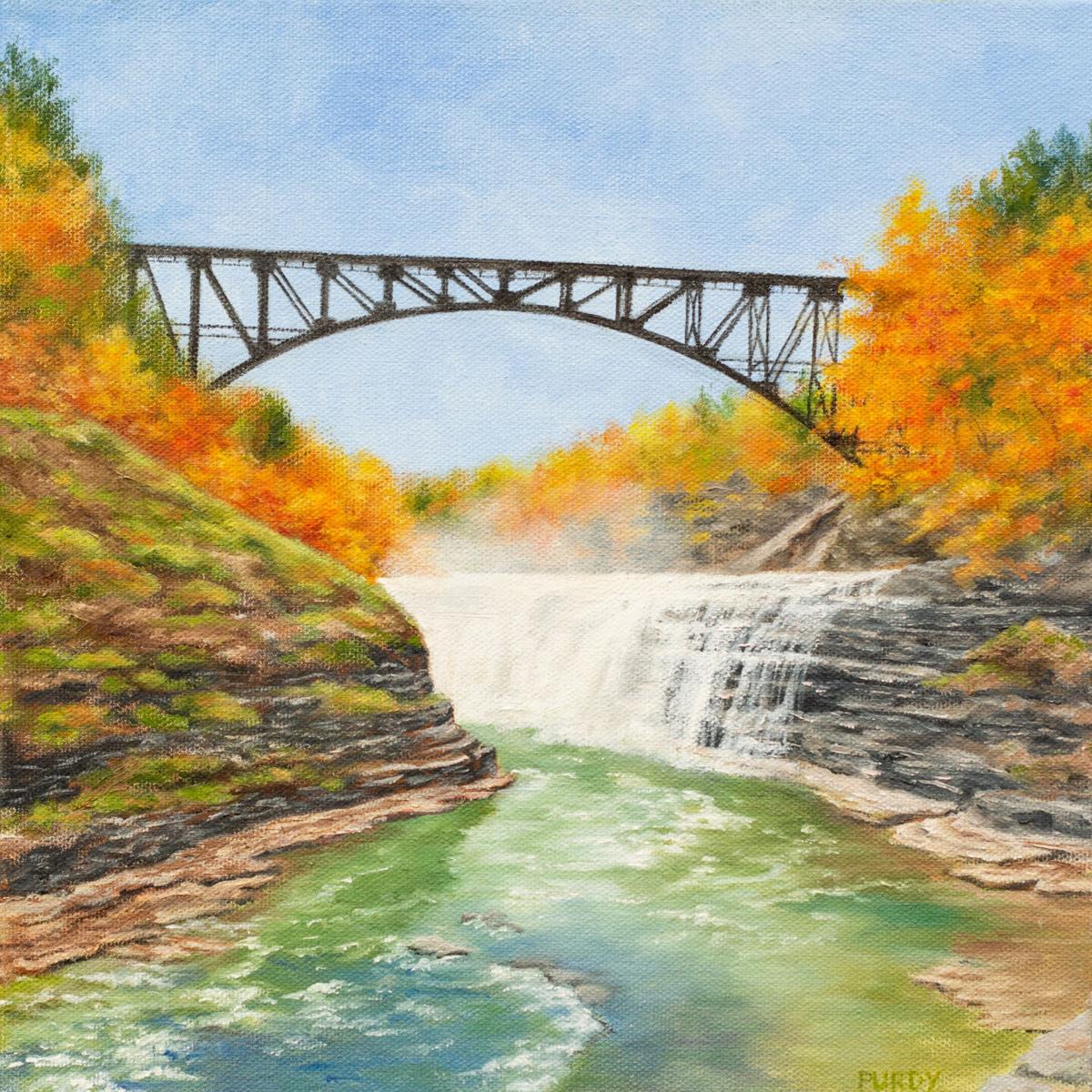 Provided PhotoOne of the 110 paintings now on display at the Silver Lake Brewing Project in Perry as part of the third annual Genesee Valley 100 art exhibition sponsored by the Genesee Valley Conservancy. The painting shows the Upper Falls and new Genesee Arch Bridge in Letchworth State Park. 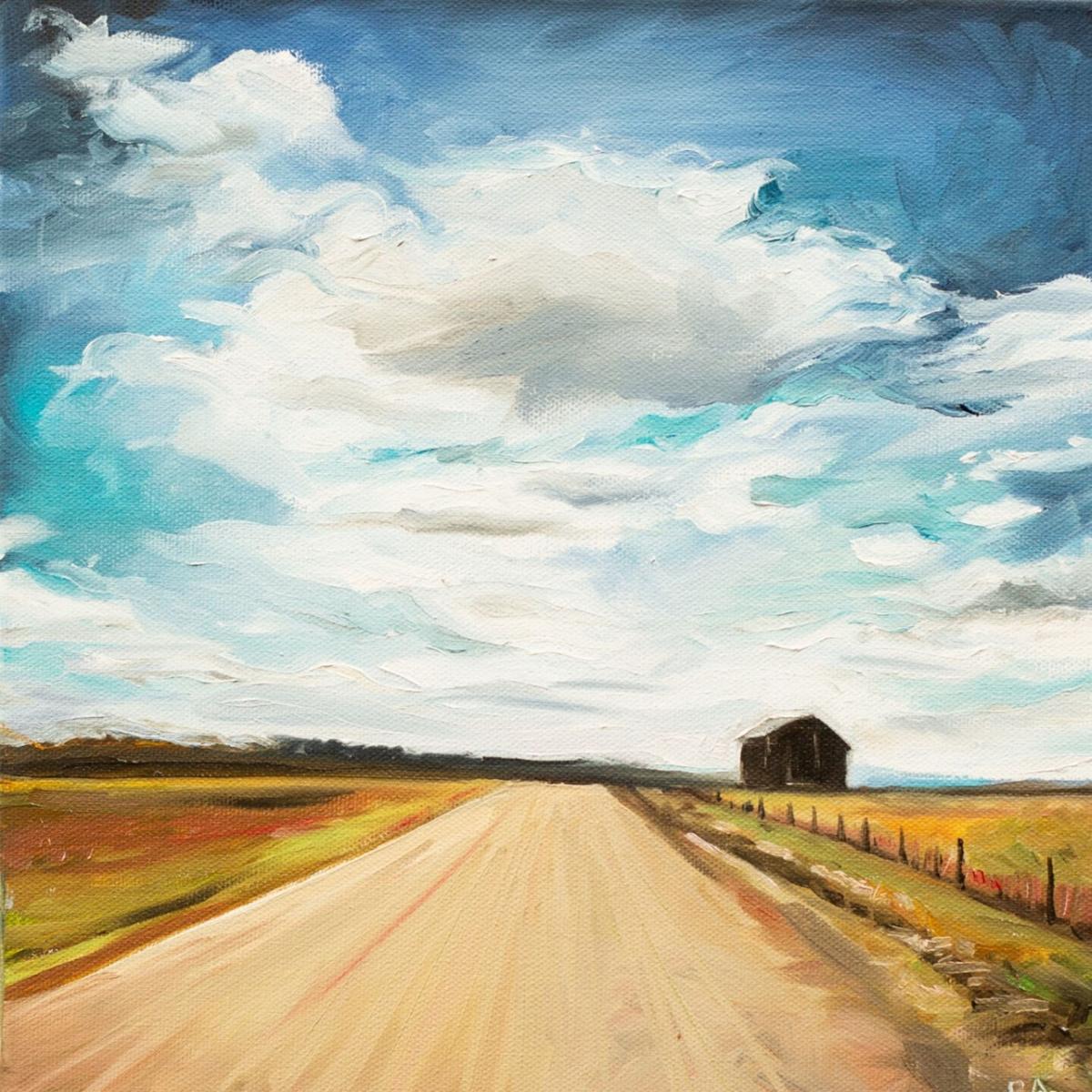 Provided PhotoOne of the 110 paintings now on display at the Silver Lake Brewing Project in Perry as part of the third annual Genesee Valley 100 art exhibition sponsored by the Genesee Valley Conservancy.

Provided PhotoOne of the 110 paintings now on display at the Silver Lake Brewing Project in Perry as part of the third annual Genesee Valley 100 art exhibition sponsored by the Genesee Valley Conservancy. The painting shows the Upper Falls and new Genesee Arch Bridge in Letchworth State Park.

Provided PhotoOne of the 110 paintings now on display at the Silver Lake Brewing Project in Perry as part of the third annual Genesee Valley 100 art exhibition sponsored by the Genesee Valley Conservancy.

PERRY — From waterways to landscapes, paintings showcasing anything and everything across the Genesee Valley are now on display at the Silver Lake Brewing Project in Perry.

The initiative, called the Genesee Valley 100, has been held annually since 2018 and is meant to engage residents of the valley in an appreciation of their natural surroundings.

“We wanted to figure out how can we connect with people and demonstrate what it is that we are trying to protect,” said Ben Gajewski, the Conservancy’s executive director. “As an art project, it is a great thing to then turn back to the community and share these 100 paintings with the general public.”

In addition to connecting residents with the beauty of the area, Gajewski said the event also serves as a chance to showcase local artists and raise awareness about the importance of protecting the environment.

“It is a great way to also get people thinking about what is in their backyards and what are the natural resources that we have in this area,” said Gajewski. “... the habitat around here is so important for fresh air and clean water. Farmland is so important for growing food and we really wanted to draw attention to the natural resources that are vital.”

This year’s exhibit was open to professional and amateur artists. In fact, there were only two hard-and-fast rules with which artists had to comply.

“We said the artists had to use our 12-by-12 canvas,” Gajewski explained. “The second restriction was that people had to paint something in the Genesee Valley. We did not care what it is. It could be a building, landscape, person, animal, flower or just something that is of the Genesee Valley.”

The size of the paintings may be the same but the styles, textures and hues of the artwork are all different, which Gakewski said helps make the exhibit unique,

“There are so many different styles of painting here and everyone likes different ones,” he said. “Everyone has a different painting and subject matter that might appeal to them.”

For this year’s exhibit, artists from 43 different communities submitted 110 paintings. Submissions came from students at local high schools and 80-year-old professional artists who paint for a living, Gajewski said.

For many of the artists that submitted works, the exhibit also serves as an opportunity to learn from one another.

“It is a great show because it is not from a jury. There are folks who have maybe never hung their work in public before, next to people who hang work in galleries all the time. It is a great opportunity to compare themselves to others and hopefully learn from other artists,” said Gajewski.

This year, artists’ works will be physically displayed at the Silver Lake Brewing Project, 14 Borden Ave., Perry. The Conservancy is also displaying works in an online gallery, was slated to go live Wednesday.

Gajewski said the choice to host the exhibit in a brewery, as opposed to a traditional art gallery, was intentional.

“We did that intentionally because we wanted to put this in a place where people are not necessarily seeking it out,” he said. “If we put it in an art gallery people who like art would see it but no one would really see it by accident. By putting it at the brewery we are getting a younger crowd. People are going to see the show and see all of these wonderful works kind of by surprise.”

The exhibit will be on display at the brewery from Nov. 18 through Dec. 31 during the brewery’s regular operating hours. Some paintings may be for sale, with a portion of proceeds going to the Conservancy.